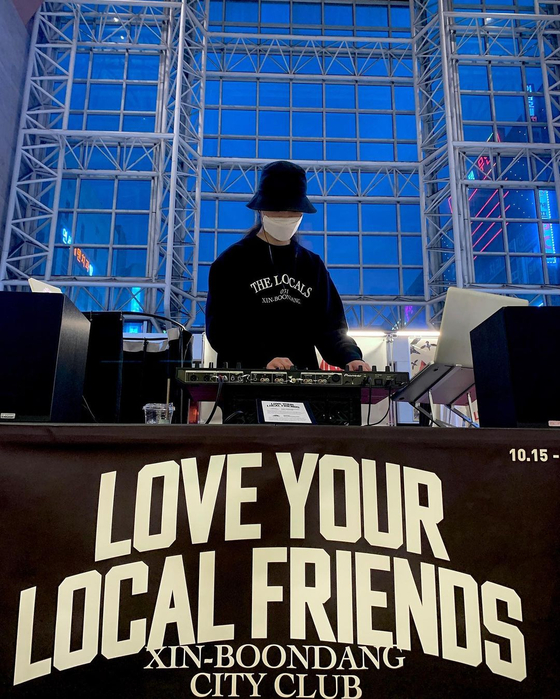 
Gone are the days of cheesy, tacky, run-of-the-mill souvenir trinkets at local shops — at least in Korea.

More and more small, local brands representing their heritage, history and area in Korea are gaining popularity among the younger generation for being hip and trendy.

In his book “Local Brand Review 2022,” Mo Jong-ryn, a professor at the Graduate School of International Studies at Yonsei University, elaborates on the rise and significance of local brands.

The reason for their success lies in distinctive locality, according to Prof. Mo. By creating products based on a lifestyle that is unique to that specific area, it becomes their own original brand identity.

Local brands give people a reason to want to visit that area, and, ultimately, bolsters that region’s economy, Mo says.

Even well-known brands Ben & Jerry’s and Starbucks started out small and local, in Vermont and Washington, but eventually went global.

The Korea JoongAng Daily chose four local brands from around the country that have proved popular in that area and found further success on social media. 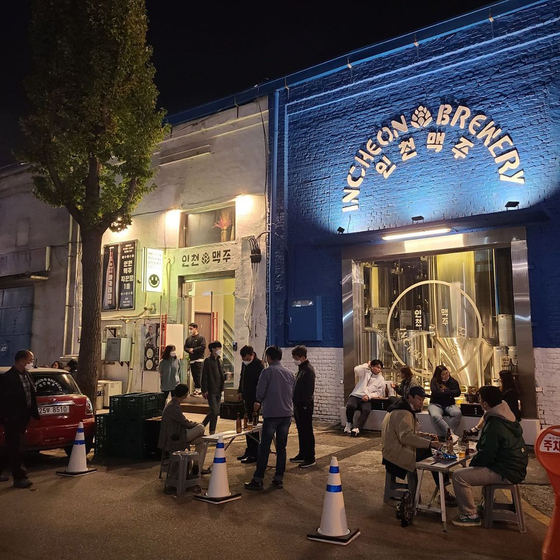 The Incheon Brewery is a must-visit in Shinpo-dong, Incheon. [INCHEON BREWERY]

Located right alongside the historic, cultural street of Gaehang-ro in Jung District, Incheon, this brewery is the only in the city that makes its own craft beer.

The Gaehangro Lager was the first beer the brewery made after rebranding itself from Caligari Brewing in 2020. The drink has earned a reputation as one of the brewery’s must-try beers, a lager with alcohol content of 4.5 percent.

The name is derived from Gaehang-ro, the historical street in Shinpo-dong. In the late 19th century, Korea opened up its ports, and foreign culture started flooding into the country through the port city of Incheon.

Foreigners nestled in Incheon: the Chinese created the Chinatown in Incheon and the Japanese built buildings, like banks, that gave an exotic atmosphere to the area. Gaehang-ro became a symbol of cultural diversity, and, since 2008, the 100-something-year-old buildings have been turned into trendy shopping centers and restaurants — Incheon Brewery being one of them. 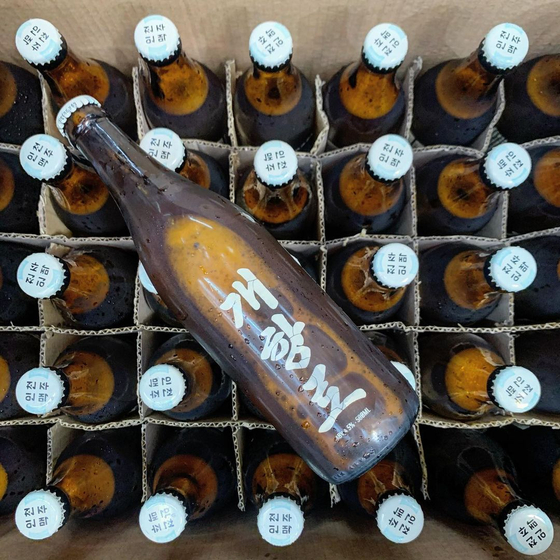 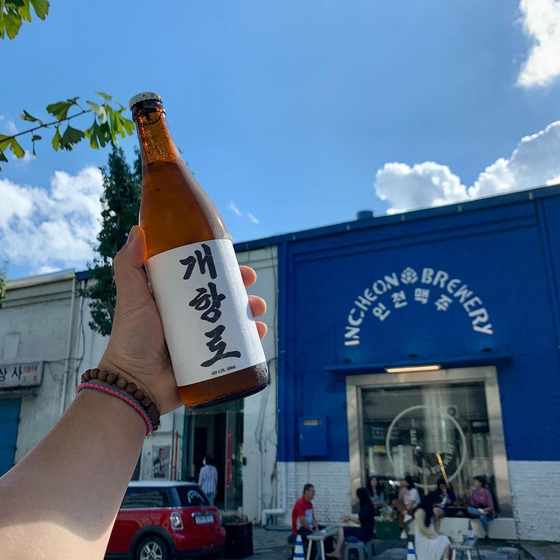 The Gaehangro Lager is one of Incheon Brewery’s best-selling beers. [INCHEON BREWERY]


The brand is deeply rooted in the culture of Incheon — the font of the beer bottles was written by a craftsperson who’s worked over 50 years in the city, specializing in wooden signs, and the model on its advertisement posters is an Incheon-based artist who made the wall paintings in Songwol-dong Fairy Tale Village, just a 15-minute walk from the brewery.

Incheon Brewery’s beers are also the first in Korea to be certified vegan.

While there are indoor and outdoor seating available, the brewery does not sell food to go with the beer. There is a gift shop, however, for those who want to grab a T-shirt or glass beer cup stamped with the brewery’s retro logos.

Incheon Brewery is open every day except Mondays, from 1 p.m. to 9 p.m. Its Instagram handle is @incheon_brewery. 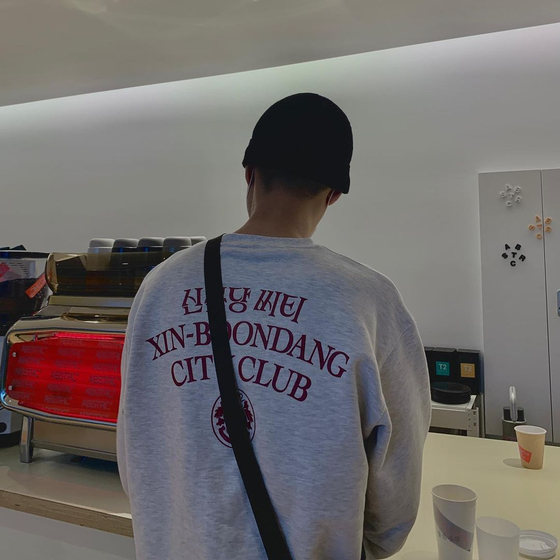 
Crossing over into Gyeonggi is the first-generation new town of Bundang, now 30 years old, otherwise called Bundang sindoshi in Korean.

Xin-Boondang City Club (xin being the Chinese character for new, pronounced like the Korean “sin” or English “sheen”) is described on its Instagram page as “not a fashion brand” but “for the local.” Although it does sell clothing, like crewneck sweatshirts and beanies, it aims to be a “community for people who can share their hobbies,” hence its name, said Jeon Woo-sang, creative director and CEO of the brand, who also goes by the name Chily Jeon.

“When I first moved from Mapo District [western Seoul] to Bundang, I wanted to begin a fun project for myself in 2020,” Jeon told the Korea JoongAng Daily. “It was a very personal wish: to make friends in the town.”

Jeon was surprised at how Bundang was neatly organized with big franchises and department stores, but felt that it lacked a cultural community space like those in Seoul.

He started selling clothing online in limited quantities and has held a couple of pop-up stores in the city, but the potential for Xin-Boondang City Club doesn’t stop there.

“Now that Covid-19 restrictions have been mostly lifted, the brand is going to focus on the community,” Jeon said. “We’re going to host events like parties where people can get together and sell merchandise related to them. One event we’re preparing is at the large grassy plaza in front of Bundang District Office, and just having music playing for people to converse with one another. 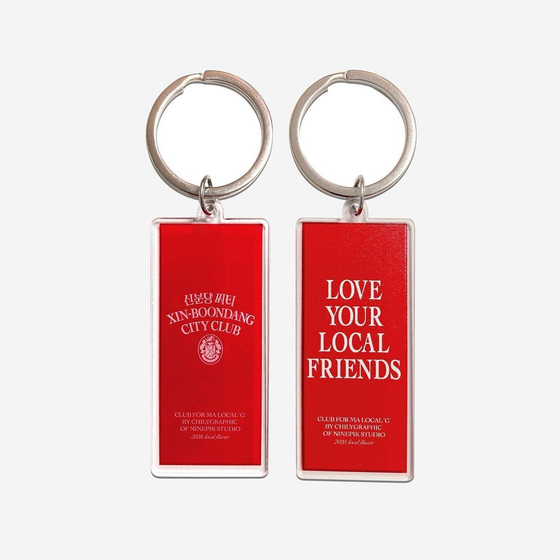 
“Even in the capital area, everything is centered in Seoul,” Jeon continued. “People here usually go to Seoul to hang out, because there’s a discrepancy in fulfilling people’s cultural needs in areas outside of Seoul. I think that there should be special brands that represent their own region, especially for the younger generation today, and this will help ease Seoul’s high population density. We need more local brands that appeal to people and aren’t necessarily centered in Seoul […] Before Xin-Boondang City Club, I used to feel really bored when I first moved here, but I’ve met so many people now, and I feel like I’ve finally achieved my own personal goal.”

More information on Xin-Boondang City Club and related events can be found on its Instagram page @xinboondangcityclub. 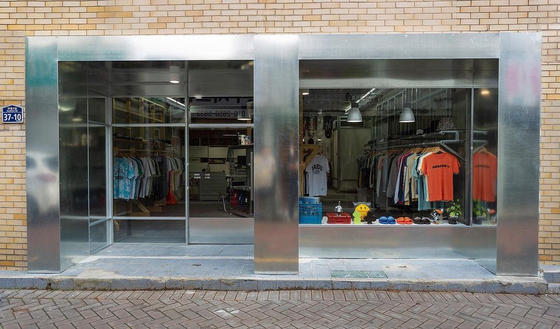 Pronounced “Ee-puh-lic,” the boutique EPLC in Daegu is best known for its varsity T-shirts with “Daegu” written across the front, with the numbers “053,” the southeast metropolitan city’s area code, below.

Located in the city’s Jung District, the shop sells clothing and merchandise of the hippest brands in Korea, like Apex Design and Mschf.

It wouldn’t be an exaggeration to say that its Daegu-themed merchandise, including ball caps and keychains, are staple souvenirs. EPLC releases different versions of its items, which tend to sell out quickly. For example, back in 2019, it teamed up with pro football club Daegu FC to come out with a limited edition sky blue version of the Daegu T-shirt, priced at 43,000 won. 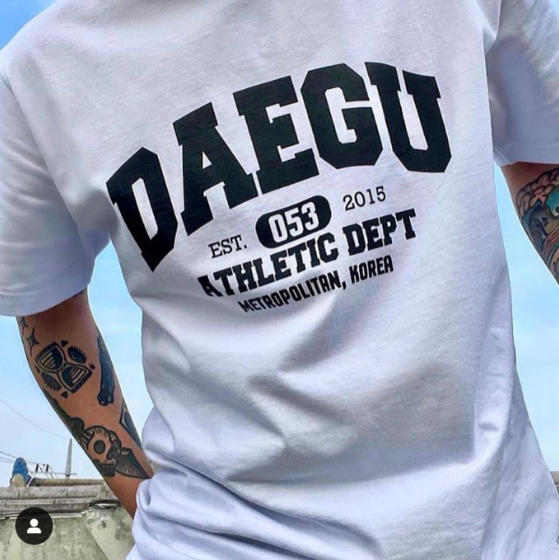 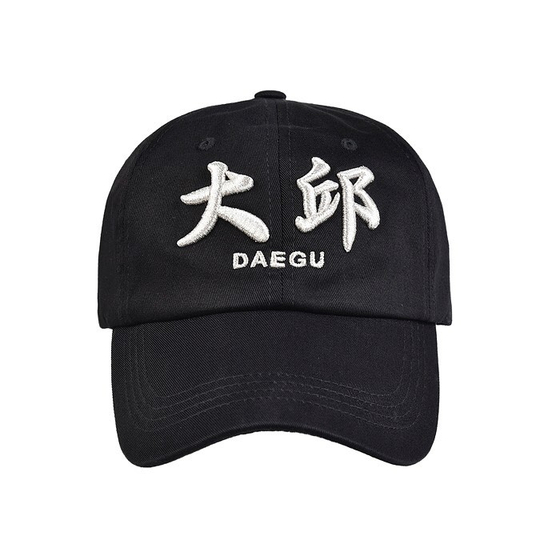 This ball cap made by EPLC has the hanja (the Korean name for Chinese characters) of Daegu written on it. [EPLC]


The brand went a step further to contribute to Daegu’s culture by partnering up with the 2022 Daegu Hiphop Festival, set for Oct. 1 and 2, which is headlined by big-name rappers including Giriboy, Jay Park, Simon Dominic and BIG Naughty.

Some 2,000 Instagram posts under the hashtag “EPLC” see a majority of people donning the Daegu T-shirts, some even likening it to the “I Love New York” T-shirts.

More information on the brand can be found on EPLC’s Instagram @eplc. 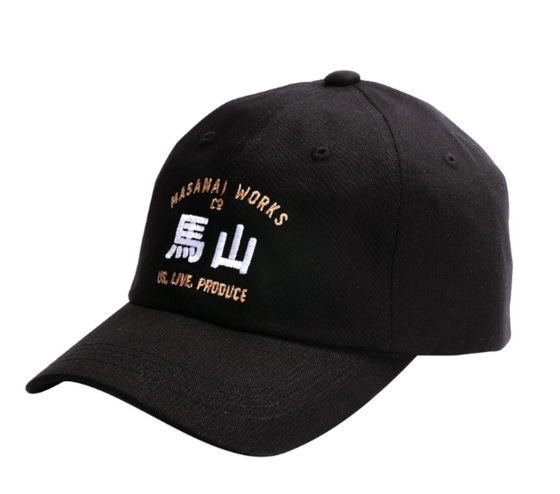 A ball cap with the hanja for Masan written on it, made by Masanai Works [MASANAI WORKS]


Masanai Works was made to remember Masan, a former independent port city in the far south of Korea. In 2010, it was split into two districts and absorbed by the city of Changwon.

From T-shirts and hats to glass cups, Masanai Works sells products that are like memorabilia of Masan’s past. It even has a mini fire extinguisher, available in black and white, that is small enough to keep in cars.

The brand got its name simultaneously from two phrases in the Gyeongsang dialect: Masan ai meaning “child of Masan,” and ma, sanai meaning “hey, tough guy!”

“I grew up in Masan, and I just felt that there were some history and little things left behind since Masan disappeared that provoke this sense of fondness about the city,” said Park Seung-gyu, CEO of Masanai Works. “So we created this brand to help people, particularly those who grew up in Masan but now have moved to other regions, cherish and feel proud of what Masan used to be.” 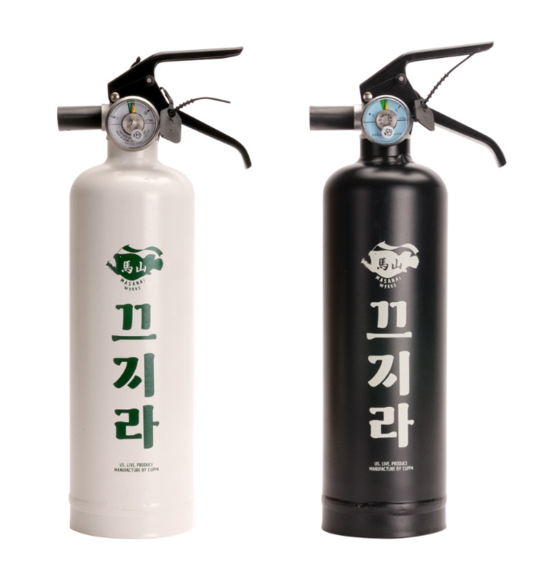 Masanai Works sells small fire extinguishers, with the imperative phrase to set off a fire in a Gyeongsang dialect. The phrase can also be interpreted as telling someone to get lost. [MASANAI WORKS]


On its Instagram page, Masanai Works frequently posts old news footage, city life pictures and news articles related to Masan, dating back to as early as the 1970s. Serving as an archive, it offers an intimate glimpse into Masan even to those who had never visited the city.

For example, back in 1993, news outlets reported that toxins were found in Masan’s coastal waters, a clip of which Masanai Works posted from MBC.

“We’re not trying to send a message that Masan has this enrapturing beauty and only had good memories, but rather inform people about its history, good or bad, so it will raise people’s awareness about the environment” like the toxins incident, Park said. “It’s not that we have this immense local patriotism for Masan, it’s that maybe we developed this feeling of loss since the city we had taken for granted just one day disappeared. We do feel that with Masanai Works, previous citizens still have something to bond over.”