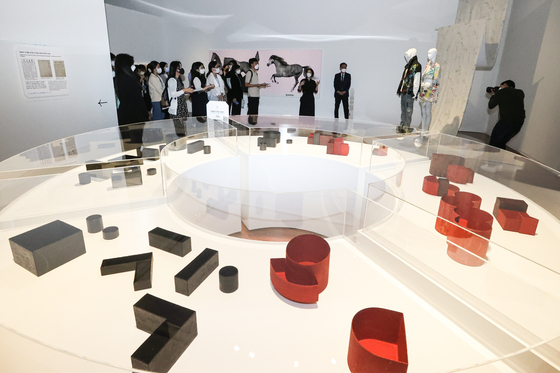 Local reporters look around the National Hangeul Museum’s new exhibit “Reinterpreting Hangeul in the Modern Era” on Thursday, a day before its official opening. The exhibit showcases the outcome of the museum’s annual Hangeul Design Project, which is in its fourth edition. [YONHAP]


For this year’s Hangeul Design Project, which is in its fourth edition, the National Hangeul Museum in central Seoul decided to reinterpret important historical texts that use hangul from an artistic point of view. Under the theme “Reinterpreting Hangeul in the Modern Era,” the special exhibit based on the outcome of this year’s project kicked off at the museum’s Special Exhibition Hall on Friday.

The museum is home to numerous important artifacts related to hangul, not least being “Malmoe,” also spelled “Malmoi,” which is the country’s first dictionary in hangul, put together by the members of the Korean Language Society.

The dictionary project was first initiated by a Joseon Dynasty (1392-1910) linguist named Ju Shi-gyeong (1876-1914) in 1911. However, following Ju’s sudden death three years later, the project came to a halt for many years until the other members of the Korean Language Society resumed the work in 1936. 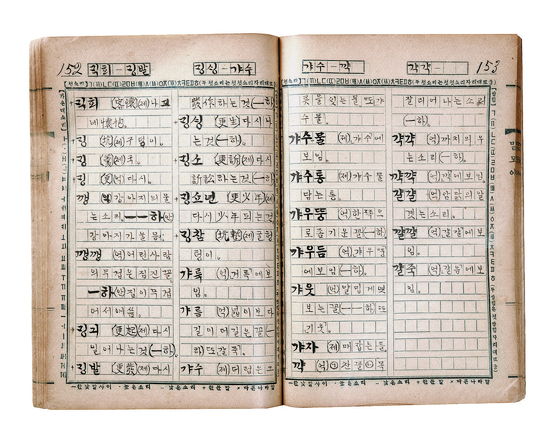 The manuscript of “Malmoe,” or Korea’s first dictionary in hangul, is being exhibited at the latest exhibit of the National Hangeul Museum in central Seoul. [NATIONAL HANGEUL MUSEUM]


Such gathering of Korean words on paper to create a dictionary was done in secret as the Japanese Empire, during its colonial rule of Korea from 1910 to 1945, had forbidden Koreans from learning the Korean language and from using Korean names in an attempt to squash national identity, forcing them to pledge allegiance to the Japanese emperor.

The dictionary was almost done after more than a decade of additional work; however, due to the deaths or exile of the members, it could not be published. Its existence, even, was uncertain until the manuscripts were suddenly discovered on Sept. 8, 1945, a few weeks after liberation from Japan, in the former Seoul Station. Around 26,000 pages of the manuscript were found inside a worn-out wooden box. 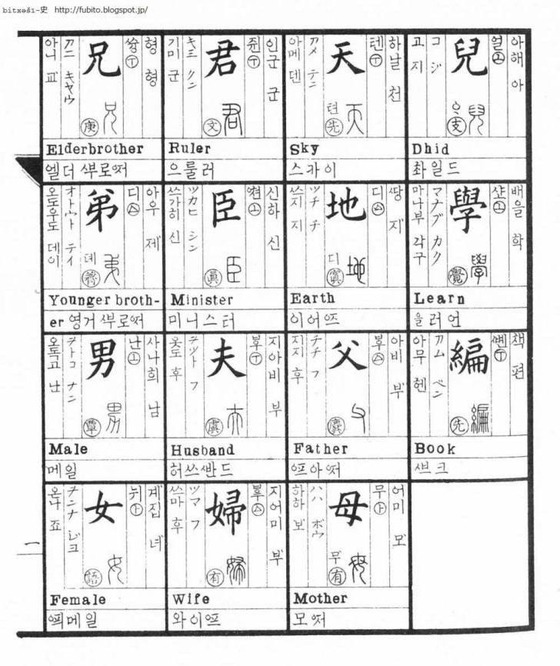 Then in 1908, Ji Seok-yeong (1855-1935), a medical doctor, scholar and civil servant, edited the text together with his colleague Jeon Yong-gyu, who was proficient in foreign languages. The two added annotations in Japanese and English to Jeong’s compilation of 2,000 Chinese characters and also wrote in the Korean script hangul how to pronounce the English word that refers to each character. 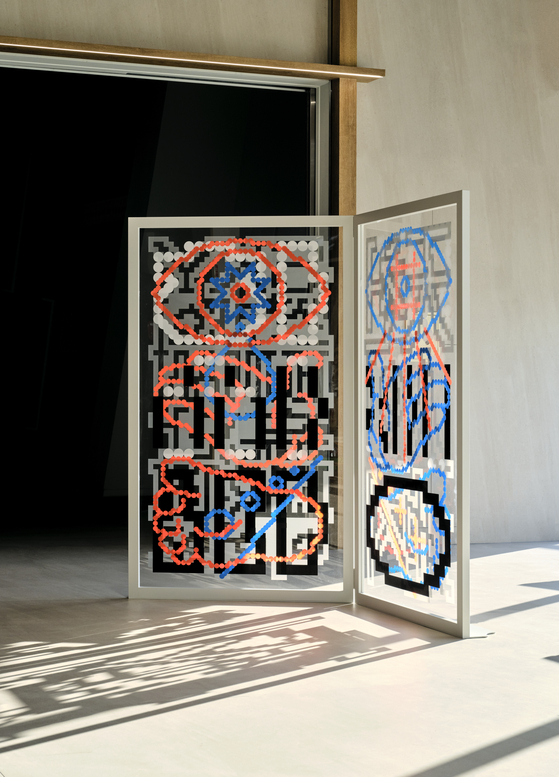 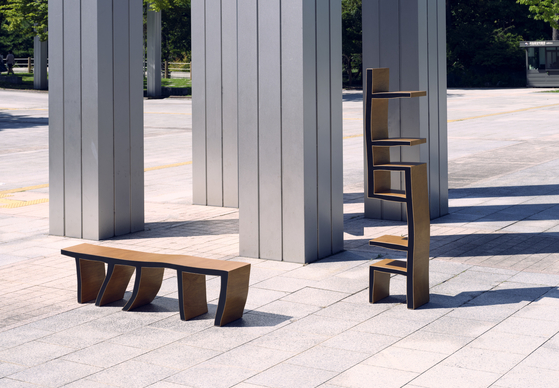 
The museum first launched the annual Hangul Design Project in 2016 and has been holding special exhibits around the country’s Hangul Day, which falls on Oct. 9, ever since — save a few years during the Covid-19 pandemic.

Artists participating in this year’s exhibit were asked to experiment with hangul by looking at it as an art form and to adapt it to create new works of whatever sort of art they specialize in. More than 20 artists and artist groups in craftwork, fashion, furniture, installation, music and so on were involved in this year’s project.

“During that time, when some of Korea’s first texts using hangul were being created, various attempts were made on how to combine and arrange the Korean alphabet. Through the efforts of Joseon linguists such as Ju Shi-gyeong, the spelling method was established, and the way of writing hangul also went through several changes,” said Yoon Ji-hyun, curator of the exhibit. “As in the past, hangul can be a great object of inspiration and can be produced in different art forms.”

Yoon said the museum worked with musicians this year, a first since the project’s launch. A gugak (Korean traditional music) acapella group Torys reinterpreted “Jebinojeonggi” (the swallow’s journey), which is a section in “Heugbuga,” one of the five surviving stories of pansori (traditional Korean narrative singing). Composer Kim Baek-chan also composed a song that hails hangul linguist Ju’s achievements. Visitors can listen to both songs at the exhibit. 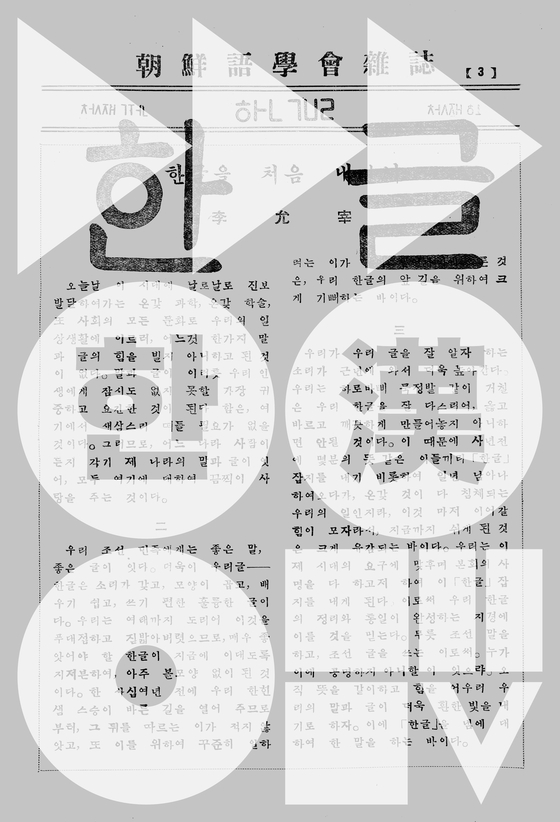 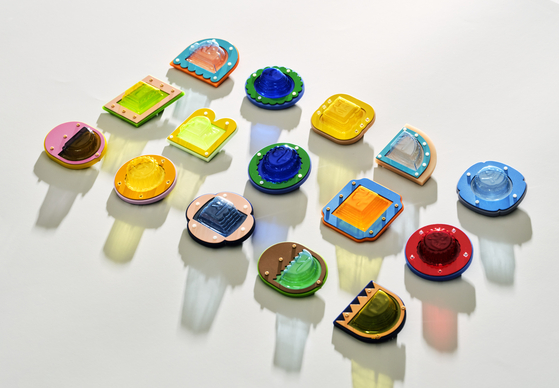 Artist Lee Seul-ki’s artwork inspired by “Ahakpyeon” and “Korean English Dictionary” (1890) compiled by James Gale, a Canadian missionary who was in Korea during the time. [NATIONAL HANGEUL MUSEUM]


“Through the project and by sharing the outcome with the public, we hope to expand the role of the museum as a platform where artists and designers from different areas come to be inspired by hangul through the wide range of collections the museum has,” said Yoon.

The exhibit runs until Jan. 29 next year. According to the museum, the exhibit will tour across the country and also visit overseas museums after it comes to an end at the National Hangeul Museum.