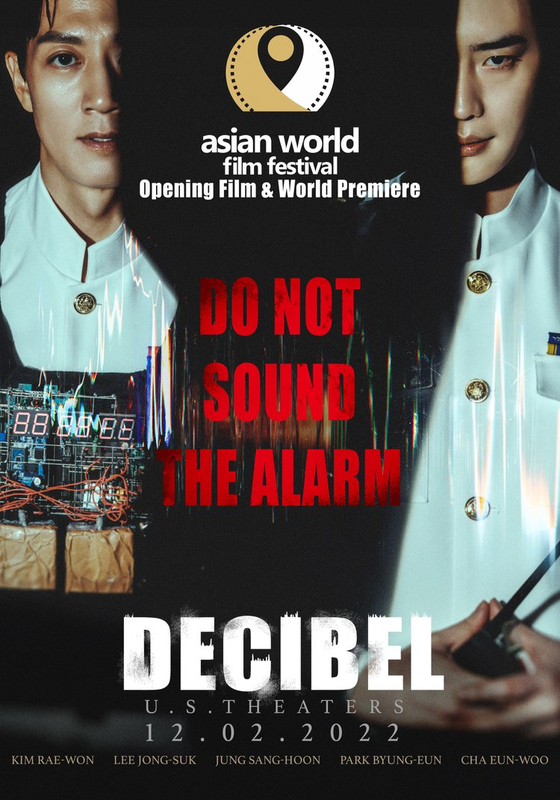 
Local action thriller “Decibel” has been invited for a screening during the Asian World Film Festival (AWFF) in Los Angeles.

AWFF program director Georges N. Chamchoun said “Decibel” was invited in the hopes that it can “voice the creative spirit of Asian films to Hollywood.”

This year’s AWFF begins on Nov. 9 and runs for nine days. Other Korean films that will be screened during the festival include mystery thrillers “Hunt” released in August and “Decision to Leave” released in June.

AWFF is an annual film festival based in Los Angeles, California, that screens films from 50 countries across Asia in bid to draw greater recognition to the region’s wealth of filmmakers and strengthen ties between the film industries in Asia and Hollywood. This year marks its 8th edition.

“Decibel” will open in theaters in Korea on Nov. 16 and the United States on Dec. 2.

The film is about a retired navy submarine commander, portrayed by 41-year-old Kim Rae-won, who tries to stop a terrorist, portrayed by Lee Jong-seuk, from planting a series of noise-sensitive explosives. Other actors in the film include Cha Eun-woo, Lee Min-ki, Lee Sang-hee, Park Byeong-eun, Jung Sang-hoon and Cho Dal-hwan.