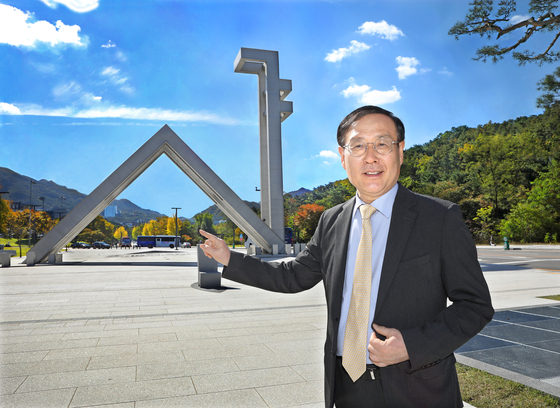 Seoul National University President Oh Se-Jung says international students are given the chance to collaborate with the brightest minds in Korea at his school, which ranked 29th in this year’s QS World University Rankings, becoming the first Korean university to enter the top 30 schools on a major world university ranking. [PARK SANG-MOON]

The creators behind each of these success stories all graduated from Seoul National University. Oh Se-Jung, the school’s president, was quick to point out these merits in a recent interview with the Korea JoongAng Daily when asked about the strengths of his alma mater.

Thanks to these Seoul National University alumni, he said, the world was able to witness a Korean boy band take over the global music scene, a Korean actor become the first Asian to win the Emmy for Outstanding Lead Actor In A Drama Series, and a K-pop entertainment agency lay the groundwork for the country’s rise to pop culture prominence.

However, that doesn’t mean Seoul National University is particularly set on Hallyu, or the Korean wave.

“Being in an environment filled with the country’s smartest students, sharing thoughts and developing ideas,” Oh said. “I mean, that’s the greatest advantage of attending the nation’s best university.”

In the interview, conducted by the paper’s executive editor Lee Moo-young, Oh talked about Seoul National University’s approach to globalization and how the school, which is the top Korean university based on world rankings, is striving to do even better.

The following are excerpts from the interview.

At a time when young foreigners are eager to study in Korea, how would you introduce your school to prospective international students?
Hallyu has really put Korea in the spotlight. In the past, it wasn’t easy for Seoul National University to invite as many international students as it wanted because, honestly, we didn’t have enough applicants who met our expectations. At the end of the day, they had to study with Korean students in the same classrooms, so we couldn’t lower the bar for them just to have more foreigners on campus. But now, with Hallyu, we’re seeing many talented international students apply to our school, which goes to show how Korea’s reputation has immensely improved. Seoul National University is a comprehensive university that offers a wide spectrum of academic disciplines, which I think is a definite plus when considering how today’s world demands “convergent talent” — all-rounders who have knowledge in both liberal arts and natural sciences. In the age of online learning, there’s been a lot of talk about the roles of universities. But attending university isn’t merely about obtaining knowledge. It’s a social experience that brings people together to share and develop their ideas. Being Korea’s top university, international students can benefit from interacting with the country’s smartest students.

What benefits are offered to international students at Seoul National University?
We offer various kinds of scholarships, one-on-one buddy programs with Korean students and help with visas and other consular matters like many other universities. But what makes our school unique is that we now have a foreign professor as the associate dean for international affairs. A part of the reason why we chose to have a foreign professor for the job was to better respond to the needs of international students and faculty members on campus. Through our SNU President Fellowship Program, we also invite professors from developing countries who don’t have a Ph.D. to study for one at our school. 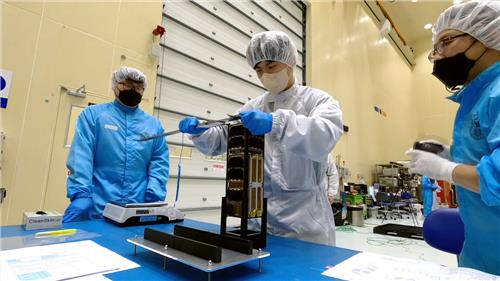 What roles do you think the government and society should play to attract more high-performing international students to Korea?
Even as the country sees a rise in the number of international students thanks to Hallyu, there need to be more job offers from domestic companies and research institutes for a steady flow of international students to choose Korea over the United States or Japan. I think society also needs to be more flexible and open to newcomers. A part of Seoul National University’s mid- to long-term plan is to attract bright students from around the world. One idea that’s being discussed is to establish a satellite campus in Vietnam, allowing Vietnamese students to earn their bachelor’s on the campus in Vietnam and continue their graduate studies at Seoul National University in Korea. It’s going to take a long time to get there though, perhaps 10 years. In the meantime, I think the government should quickly take its own measures to respond to the nation’s dwindling student population. 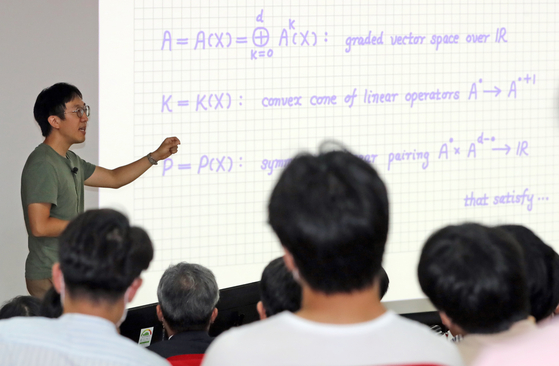 Princeton University Prof. June Huh, this year’s recipient of the Fields Medal, the most prestigious honor in mathematics, gives a special lecture at Seoul National University, where he earned his bachelor’s and master’s degrees, on July 27. [YONHAP]

Seoul National University is the top-ranked Korean university in world rankings, but when we compare the school with the highest-ranking universities of other Asian countries, Seoul National University still lags behind. Why is that so?
When we look at specific categories, we’re often behind in internationalization and citations per faculty. And the problem comes down to a lack of endowment. Many American universities have huge endowments, but, unlike them, the funding that we receive often comes with a price and requires us to quickly produce short-term outcomes. But that’s not how you win a Nobel Prize. A Nobel Prize comes from innovative thinking and autonomy, not constant pressure to achieve a breakthrough. I think that’s why we’ve grown into a Korea-leading university, yet still haven’t been able to take that extra leap to become a world-leading university. 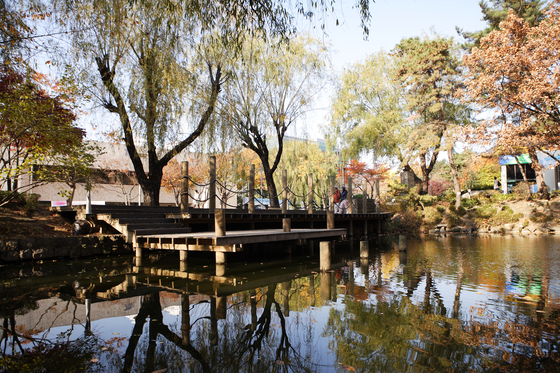 A recently published report by Seoul National University on the school’s mid- to long-term outlook shows that more than half of its members think the university will suffer from a declining reputation over the next decade. What’s your take on that?
I think that reflects how our members perceive Seoul National University’s domestic reputation, not international reputation, because we’re currently on the rise in QS World University Rankings. And I agree that, domestically, Seoul National University is no longer the unrivaled university it used to be in every single field. There are several Korean universities out there that are each making great strides on many fronts, but that’s natural because Korea, as a nation, is improving on so many different levels. And that ultimately motivates us to work harder and quickly adopt advanced systems, which I think consequently benefits the country as a whole. 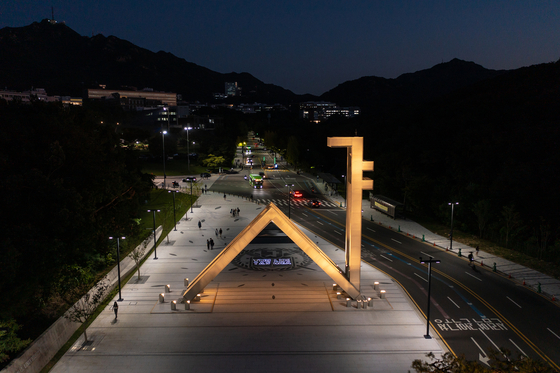 The iconic front gate of Seoul National University, the area of which was recently renovated to remove roads and create a square for more pedestrian space [SEOUL NATIONAL UNIVERSITY]

Do you have any advice for foreigners wishing to study abroad?
I think any talented individual hoping to study abroad would contemplate studying in the United States or Japan, considering their universities’ reputation and history. But Korea is uniquely dynamic and charming, which I think is a significant merit. What also makes Korea special is that it quickly transitioned from a developing country into a developed country, and generations that grew up in each phase coexist in today’s society. Of course, we see so many negative consequences caused by rapid development, but at the same time, there are countless positive solutions to those social problems, which I think would be a helpful lesson to students coming from developing countries.
━

Oh Se-Jung is the 27th president of Seoul National University. His four-year term began in 2019, and he taught physics at the university from 1984 to 2016.

He published 181 academic papers — 163 in international journals and 18 in Korean journals. He was named Scientist to be Emulated by Korea’s Ministry of Science and Technology in 2003.

Oh received his bachelor’s in physics at Seoul National University and a Ph.D. in the same field at Stanford University. 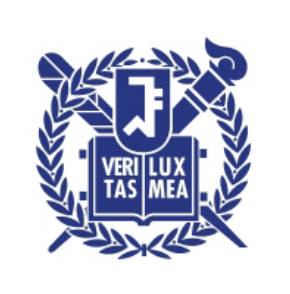 English slogan
A Community of Knowledge, Leading the Future

Department with the most international students (2022)
College of Engineering