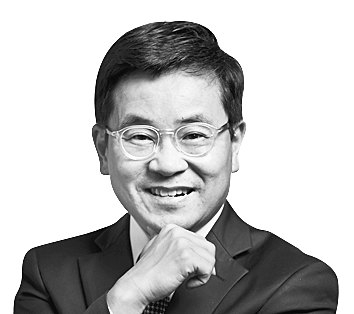 The author is head of sports news team at the JoongAng Ilbo.

The World Cup is one of the best business models. It is a goose that lays golden eggs. Al Jazeera, the broadcasting company from Qatar, recently analyzed how the Fédération Internationale de Football Association (FIFA) earns money through the games. The media outlet claimed that one of the easiest ways of making money is the World Cup. “If you manufacture a product which everybody wants to buy, but which costs you almost nothing to make, you are going to accrue a lot of money rather quickly,” Al Jazeera said. “In a nutshell, this is how FIFA, football’s world governing body, makes money.”

Numbers back the argument. According to FIFA’s World Cup report, the organization earned $4.8 billion from the 2014 World Cup in Brazil. Four years later, it earned $6.4 billion from the Russian World Cup. In 2022, the profit from the Qatar World Cup will increase further. According to an estimate, FIFA will likely earn $7.5 billion. That’s enough to buy 9,700 1-billion-won ($773,400) apartments in Korea.

The biggest income source of FIFA is TV broadcast rights for the Cup and other tournaments. Broadcasters from around the world, including Korea, pay astronomical amounts to FIFA to buy the rights. Recently, social media companies such as Facebook and Twitter joined the competition to broadcast the games.

Selling tickets is another income source. About 3 million tickets were sold for the Qatar World Cup. In addition, FIFA makes money through the licensing of its brand to game companies. It should be called “FIFA, Inc.” It is a marketing genius.

Al Jazeera said FIFA makes money easily, but the World Cup is actually a product of fierce competitions. Jules Rimet, a French football administrator, initiated the World Cup in 1930. Becoming the third president of FIFA, he busily visited Europe and South America to create a world-class football championship. As a result, the first game took place in Uruguay. European countries including France were unhappy about the competition taking place at a South American country, but they participated after Rimet’s persuasion. After the host country won the first game, Europe, led by England and France, and South America, which includes Brazil and Argentine, fiercely competed for a World Cup victory.

FIFA and the International Olympic Committee (ICO) are rivals and have engaged in fierce battles. The IOC threatened that football will be excluded from the Olympic Games, but FIFA did not give in. In the football matches of the Olympic Games, only athletes under the age of 23 are allowed to play, reflecting FIFA’s opinion.

Today, the World Cup has become established as one of the best global sports events, like the Olympic Games. Starting in 2026, the number of participating countries in the Cup will be increased from the current 32 to 48. According to an AP report, FIFA will make more than $10 billion at the 2026 World Cup to be co-hosted by the U.S., Canada and Mexico.

Why is the World Cup,― which features the single game of football, more popular than the Olympics? That is most likely because of the simplicity of football. Football is equal and fair. Rules are not complicated. On a field with the length of 105 meters (115 yards) and a width of 68 meters, players kick a ball into the opposite team’s goal to score. The field sizes are identical, unlike baseball fields. The field is also flat so you don’t have to play on a slope like golf. In a football match, there is no sloped ground. Everyone gets an equal opportunity.

As a result, football became yet another language that is communicated in any country. The hyper-connected society also amplifies the people’s interest in football. The outcome of a European League’s match is aired to homes in Korea in real time. Jules Rimet once said the people can trust one another through football. For it, the people do not hate or criticize one another.

Korea and Brazil fought at a Round of 16 match. Regardless of the results of the game, our blood boiled and our hearts beat fast as we saw the passion and spirit of the Taeguk Warriors. It is hard to express the adrenaline rush and heart beating. The performance of Jungkook of the K-pop sensation BTS at the opening ceremony of the FIFA World Cup in Qatar was also fantastic. We don’t have to mention a neighboring country that envies us as it was not invited to the global football festival.