Mnet Plus brings music, TV fans behind the scenes

Mnet Plus brings music, TV fans behind the scenes 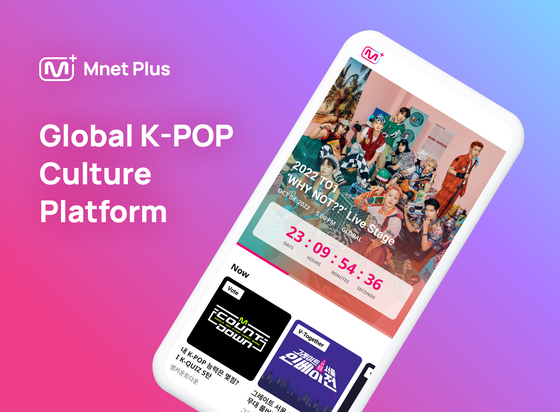 The app is mainly linked to Mnet’s TV programs and offline events, offering users a chance to take part in planning the events or changing the stories on ongoing shows.

Through a section called Kpop Maker, users get to take part in planning out meet-and-greet events. A similar section called Road to Max will let fans put lesser-known stars on Mnet music shows by carrying out online missions.

Fans can join fan groups for ongoing and soon-to-air Mnet shows as well as some K-pop artists such as Tempest, TNX and DKZ.

Users will get to take part in buying the virtual “stock” of Mnet’s new music program “Artistock,” where participants compete in upping the stock price of their favorites and vie for the No. 1 spot. Other functions include taking part in polls, livestreaming shows, chatting with other fans while watching videos and getting reward points based on how active they are.

The beta test version of the service was released last April. Mnet Plus has garnered 5 million users since. It is available in four languages: Korean, English, Japanese and Chinese.