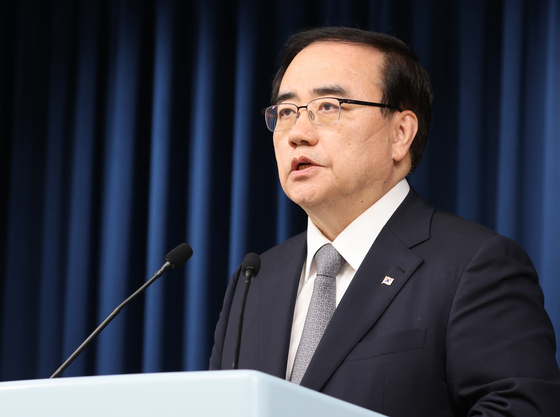 
The national security advisers of South Korea, the United States and Japan will meet in Hawaii this week to discuss North Korea’s nuclear program and other areas of cooperation, the presidential office said Wednesday.

National Security Adviser Kim Sung-han will meet with his U.S. and Japanese counterparts, Jake Sullivan and Takeo Akiba, respectively, on Wednesday and Thursday in the first such meeting since the launch of the Yoon Suk-yeol administration in May.

The three will have “in-depth discussions” on the North Korea issue, trilateral cooperation, economic security, and key regional and international issues, the presidential office said in a statement.

Kim will also have separate bilateral meetings with Sullivan and Akiba to discuss areas of mutual interest, it said.