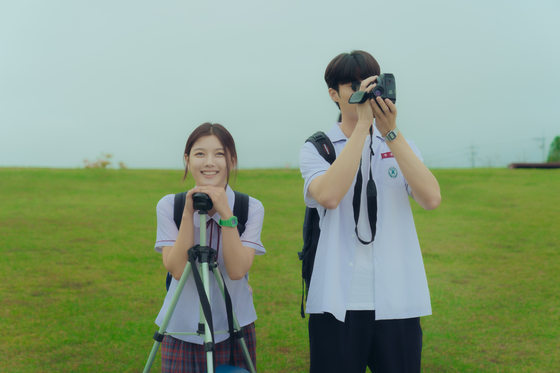 
A girl calls up a boy whom her best friend has a crush on, pretending to be conducting a survey in order to get his pager number; Another boy leaves a message on the corner of a phone booth for his friend to see later.

Films set in the year 1999 have been released in local theaters this fall, bringing with them Y2K nostalgia (the vibe and the culture of the period between the late 1990s to early 2000s).

“Ditto,” which was released in local theaters on Wednesday, is a remake of a 2000 film with the same title. While the remake keeps the same storyline — a boy and a girl living in different eras somehow get to communicate through an old ham radio  — there are two major twists. In the original film, a college junior named So-eun, portrayed by Kim Ha-neul, who lives in the year 1979 communicates with a sophomore named Ji In, portrayed by Yoo Ji-tae, who lives in the year 2000. In the remake, a college junior living in 1999 named Kim Yong, portrayed by Yeo Jin-goo, comes into contact with a sophomore named Mo-nee, portrayed by Cho Yi-hyun, living in 2022.

The remake uses 23-year difference between 1999 and 2022 to add humor. Mo-nee gives some relationship advice about a freshmen named Han Seol, portrayed by Kim Hye-yoon, whom Yong has a huge crush on. For instance, as Yong styles his hair following Mo-nee’s advice, he hears a compliment from Seol that his hairstyle “seems to be ahead of times.”

The Netflix film “20th Century Girl,” which was released last month, is another romance film revolving around teens set in the year 1999. The film starts off when a woman named Bo-ra, portrayed by Han Hyo-joo, is delivered an old video tape and she begins to reminisce on her teen years, going back to the year 1999 when she met her first love at the age of 17. As the 17-year-old Bo-ra, portrayed by Kim You-jung, struggles to connect her best friend and her crush, she also falls in love herself. After the film’s release, it ranked No. 2 on Netflix’s Global Top 10 chart in the non-English TV category from Oct. 17 to 23.

Local audiences who grew up in the same period may have been surprised by the details and the end-of-the-century vibe the film managed to capture. However, it is a semi-autobiographical tale based on director Bang Woo-ri’s own teen years when she was a 17-year-old, just like Bo-ra, in the year 1999. 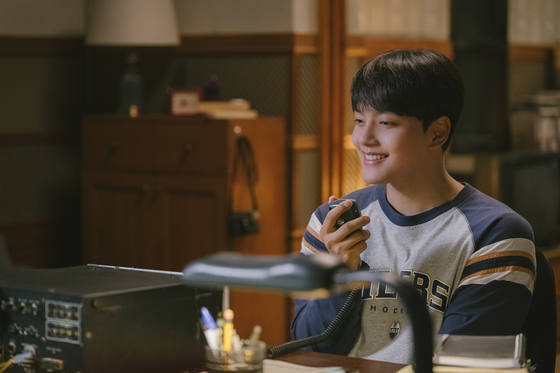 
“In the exchange diary my friends and I wrote in together, I would observe the boy that my friend had a crush on and fill in the details in the diary,” Bang said at a local press event last month. “It’s a bit embarrassing when I look at it now, but I wanted to create a story which may seem foolhardy or reckless, but simultaneously pure.”

All sorts of props such as pagers, camcorders, videotapes, and phone booths fill up the scenes to recreate the feel of the time — a mixture of analog and digital.

The reason why Y2K nostalgia has become a popular trend this year is because it manages to resonate with a larger consumer pool: For older generations, it’s an opportunity to look back some 20 years in the past, and for the younger generation, a vicarious experience.

“Retro is a common factor continuously brought up in narratives, but as the generation who experienced the era become content creators, a specific era keeps being summoned to the screens,” film critic Jeong Min-ah said. “It can provoke nostalgia for the older generation while it can be a totally new stimulus for the MZ generation.”