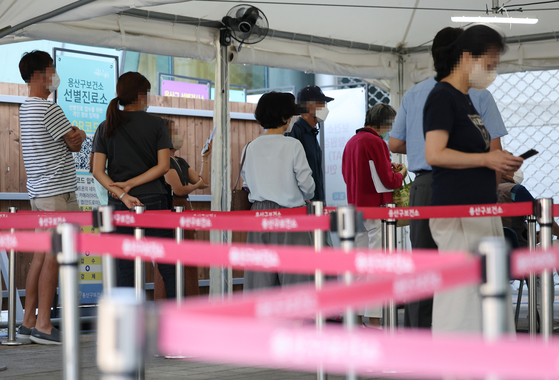 People line up to get tested for Covid-19 at a testing center in Yongsan District, central Seoul, on Friday. [YONHAP]


The number of new confirmed cases of Covid-19 in Korea fell to 29,108 on Friday, marking the lowest number for a Friday in 11 weeks, according to the Korea Disease Control and Prevention Agency.

The government announced on the same day that all outdoor mask mandates, including at large gatherings, will be lifted starting Monday. Prime Minister Han Duck-soo made the announcement during a meeting of the Central Disaster and Safety Countermeasures Headquarters at the government complex in Seoul Friday morning.

The number of critically ill patients was 399, and there were 68 deaths.