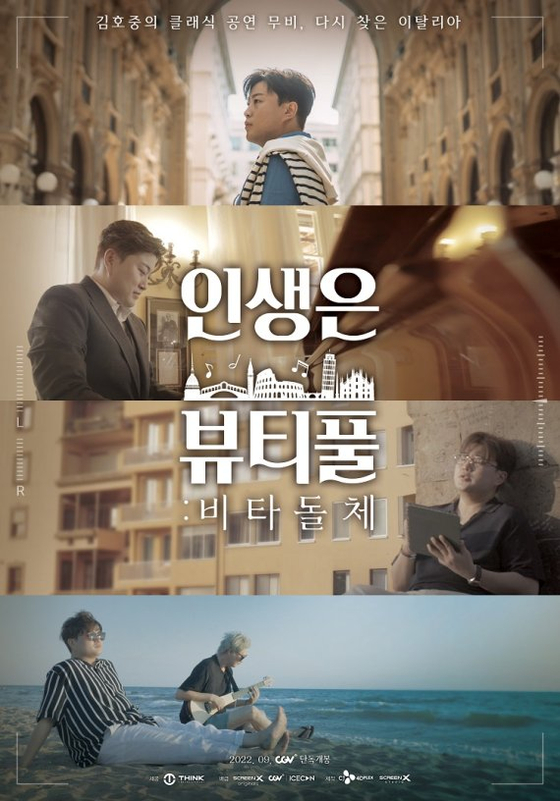 
A film documenting the life of singer Kim Ho-joong will premiere at CGV theaters on Sept. 7.

“Life is Beautiful, Vita Dolce” will center around Kim’s return to Italy, where he studied classical music in his 20s. The film will also include nine songs that will make up his new album “Panorama.” The album will be his second release as a classical music singer.

The film is the sequel to the movie “Thank you, all: Kim Ho-Joong’s First Fan Meeting Movie” which was released at CGV theaters in 2020. It documented behind-the-scenes moments and on-stage performances during Kim’s first fan meeting event that was held across the country and attended by thousands of people. The film attracted more than 100,000 viewers during the first month of its release, according to CGV.

Kim, who is now a popular trot singer, started off his music career as an opera singer. He turned to trot after competing on TV Chosun’s hit audition show “Mr Trot” in 2020. He finished fourth, but gained huge popularity, earning the nickname “Tvarotti” — a combination of the words “trot” and “Pavarotti.”


Tickets for Kim’s upcoming film can be booked from today.