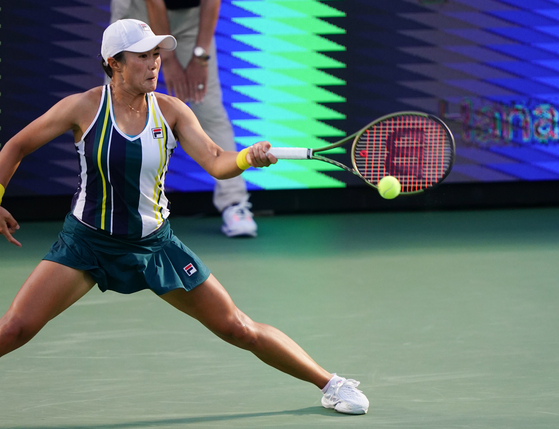 
There are no Korean players left in the Hana Bank Korea Open after Han Na-lae and Jang Su-jeong crashed out of the tournament Saturday, losing after three sets to Asia Muhammad and Sabrina Santamaria of the United States in the doubles semifinals.

The Korean players set off with a strong lead in the second set, setting the score at 4-0 after an especially hot streak before Muhammad and Santamaria caught up to level things at 5-5. Han and Jang stepped up again and ultimately won the set, pushing the match to a third set. The third set was played as a 10-point tiebreaker. 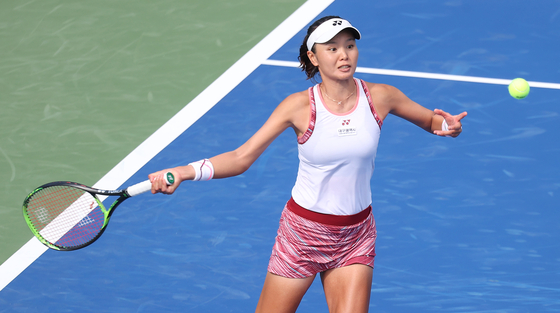 
The third set tiebreak was neck-and-neck, before Han and Jang were able to reach the first match point at 9-8. Muhammad and Santamaria erased that match point by breaking Han and Jang’s serve twice, and brought the score to 10-10 before locking in a win after another break and a fourth match point at 12-10.

Han and Jang had been the last Korean contenders at the Hana Bank Korea Open as all five Korean players fell out of the singles event earlier in the competition. Han had been the last of the five, but was beaten by No. 2 seed Ekaterina Alexandrova in two straight sets in the round of 16 on Wednesday. Jang crashed out earlier, losing to Zhu Lin on Monday.

Muhammad and Santamaria will face Kristina Mladenovic of France and Yanina Wickmayer of Belgium in the doubles final on Sunday.