October festivals galore in Busan, from BTS to films and fireworks

October festivals galore in Busan, from BTS to films and fireworks

Fireworks go off during the annual Busan International Fireworks Festival at the Gwangalli Beach in 2018. This year’s event will be held on Nov. 5. [JOONGANG ILBO]


From films and fireworks to BTS, October is expected to be a month full of exciting festivities in the southern port city of Busan.

The 2022 Busan International Rock Festival at Samnak Ecological Park will be held from Oct. 1 to 2. Local bands such as Jannabi, as well as musicians from other countries such as Britain’s Bastille, Israel’s Hila Ruach, Taiwan’s I Mean Us and Thailand’s Desktop Error, will be performing live during the two-day festival.

The Busan rock festival sold over 5,000 tickets in under two minutes during the early ticketing period. 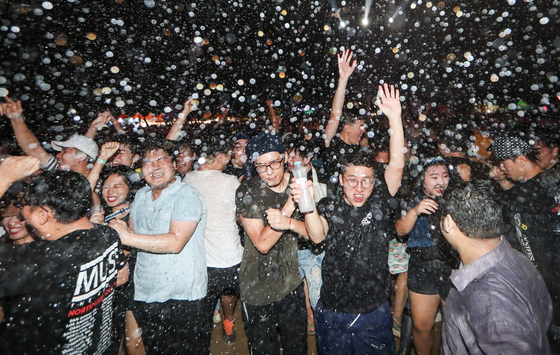 People attend the annual Busan International Rock Festival at Samnak Ecological Park in Busan in 2018. This year’s event is slated to be held on Oct. 1 and 2. [JOONGANG ILBO]


Dubbed Korea’s filmmaking hub, Busan will also be hosting the Busan International Film Festival (BIFF) from Oct. 5 to 14. It is said to be the largest Asian film festival.

For the first time in three years, the event will proceed with its original scale from before the Covid-19 pandemic, without any social distancing measures.

Some 243 films from 71 different countries have been invited to this year’s annual film fest, which is 20 more films than last year’s BIFF. Of all the films that will be screened this year, 89 films will be making their premiere at BIFF, according to the event organizers during the online press conference of the festival on Wednesday in Busan.

The films will be shown on 30 screens in seven theaters that have been set up around the city including at Busan Cinema Center, CGV Centum City, Lotte Cinema Centum City and Sohyang Theater Busan.

This year, the festival will open with the Iranian film “Scent of Wind” (2022) by director Hadi Mohaghegh. Mohaghegh won a BIFF award in 2015 for the film “Immortal.”

“It can be said that the director of the opening film is the next generation of Asian directors who have shared a cinematic history with the Busan International Film Festival,” said Huh Moon-young, director of BIFF, during the press conference. “Though it is small-scale, it is profoundly resonating.”

BIFF will close with the Japanese film “A Man” (2022) directed by Kei Ishikawa. The film premiered last week at the 2022 Venice International Film Festival, which ended Saturday. 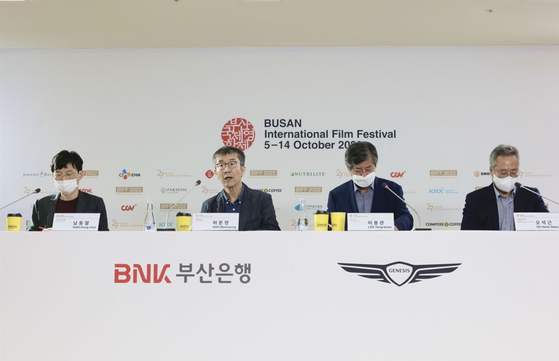 The festival has also been celebrating original drama series by streaming platforms such as Disney+, Netflix, Tving, Watch and Wavve since last year.

“We put in a lot of effort toward opening an offline film festival on a large scale this year,” said Lee Yong-kwan, chairman of BIFF. “We hope to progress BIFF into a global film festival that supports the city’s bid to host the 2030 World Expo.” 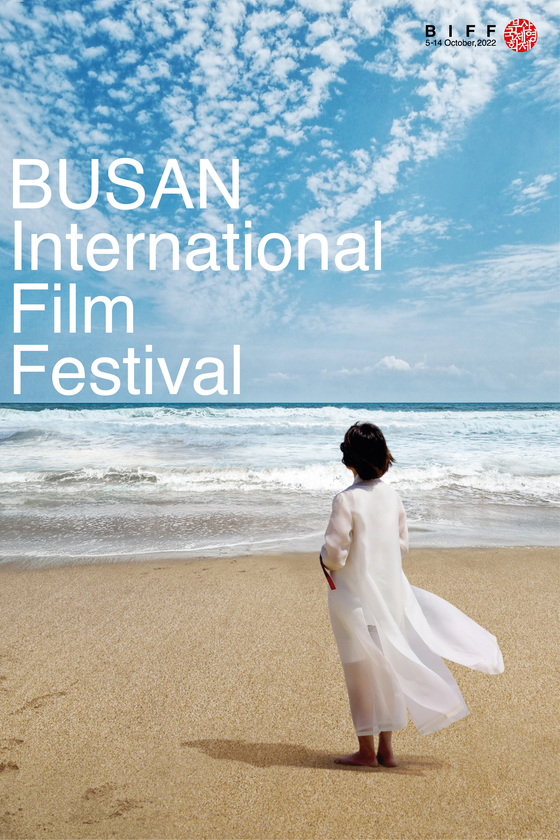 
Following BIFF, K-pop sensation BTS is scheduled to hold a free one-day live concert titled “BTS: Yet to Come in Busan” in the city’s Asiad Main Stadium for some 100,000 fans on Oct. 15.

The venue is equipped with 53,789 seats and 72 exits. The concert will also be screened real-time on a large screen in the Busan Port International Passenger Terminal Outdoor Parking Lot. The concert alone is expected to draw some 100,000 people to the city.

A livestream of the concert will be available through platforms Weverse, Zepeto and Naver Now.

“BTS: Yet to Come in Busan” will be the first Korean concert by the band since March when the group last performed during the “Permission to Dance on Stage” in Seoul.

The concert is in support of the city’s bid to host the World Expo in 2030.

Busan is competing with Rome and Riyadh to host World Expo 2030. The final winner will be announced in November next year.

World Expos held in the early days were venues to show off new technologies and inventions, but in recent years, they have become a sort of forum to find solutions to the challenges facing humanity and to present new visions. Held every five years, the event is considered one of world’s three “mega events,” along with the Olympics and the World Cup.

Girl groups Brave Girls and LeSserafim and boy bands AB6IX and Golden Child will be performing on the last day of the four-day event at the Busan Asiad Main Stadium. More acts are to be announced later by Busan Metropolitan City and the Busan Tourism Organization.

The festivities will continue on to November as the 2022 Busan International Fireworks Festival takes place on Nov. 5 at the Gwangalli Beach. The annual event includes a laser light show in addition to elaborate fireworks by the beach side.

The event draws about a million people each year.

There are no fees to participate in the festival.

Korea’s love-hate relationship with Gordon Ramsay and his restaurants