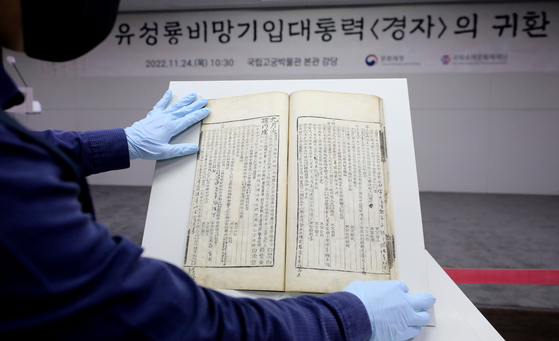 An old calendrical book from 1600, known as daetongnyeok, which was used like a diary for Ryu Seong-ryong (1542-1607), a Joseon Dynasty (1392-1910) scholar-official, is revealed to the local press on Thursday at the National Palace Museum of Korea for the first time after returning to Korea from Japan. [NEWS1]

“The returned item is an example of a daetongnyeok, a type of almanac from the Joseon Dynasty,” said Chung Je-kyu, an expert on ancient documents and an outside adviser to the CHA. According to Chung, such calendrical books were kept close to the owners, like the diaries or schedulers of today, to add notes about their daily schedules along with their thoughts in the margins.

Looking through the 16-page diary Ryu kept 422 years ago, Chung says he seems like he would have been a very “poetic guy.” 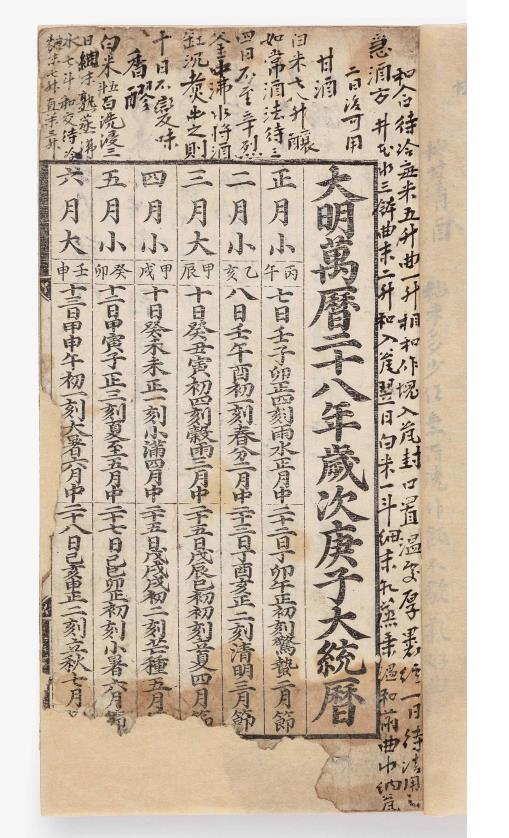 The inside of a 16-page daetongnyeok. The margins of the returned item are inscribed with handwritten ink notes on the weather, the owner’s schedule, appointments, illnesses, and medical prescriptions. [CULTURAL HERITAGE ADMINISTRATION]


The margins of the newly returned item are inscribed with handwritten ink noting even the smallest details, like how he took his mother to see the flowers, though it was a windy day, and returned home in the evening — dated March 16, 1600.

There are important notes that have historical significance as well, like how he mentions the return of Kang Hang (1567-1618), who had been captured and sent to Japan when Japan invaded Korea in 1597, as well as the passing of Queen Uiin, the consort of King Seonjo. It also includes how to brew his hometown alcoholic beverage, which was Andong’s Hahoe Village. However, the most significant part of the book, according to Chung, is the front cover, which features details of an event involving Admiral Yi during the Japanese invasions of Korea.

“The original cover is lost, and it looks like it was lost when Ryu was using this calendrical book for nearly a year,” said Ryu. “So it looks like he used some paper lying around next to him to create this temporary cover, and he happened to use one on which he wrote about Admiral Yi. We think it was one of the notes that he had kept to write the famous ‘Jingbirok,’ the memoir of the Imjin War [1592-98].”

Ryu was appointed to many important posts, and when he was the chief state councilor, he realized that the Japanese army would attack Joseon. Hence, he appointed Admiral Yi and General Gwon Yul to prepare for war.

The edges are damaged, but the reused paper that was used as a makeshift cover has 83 characters that describe how Admiral Yi participated in the war, despite attempts to dissuade him by others, to encourage his soldiers and how he was killed by a flying bullet. 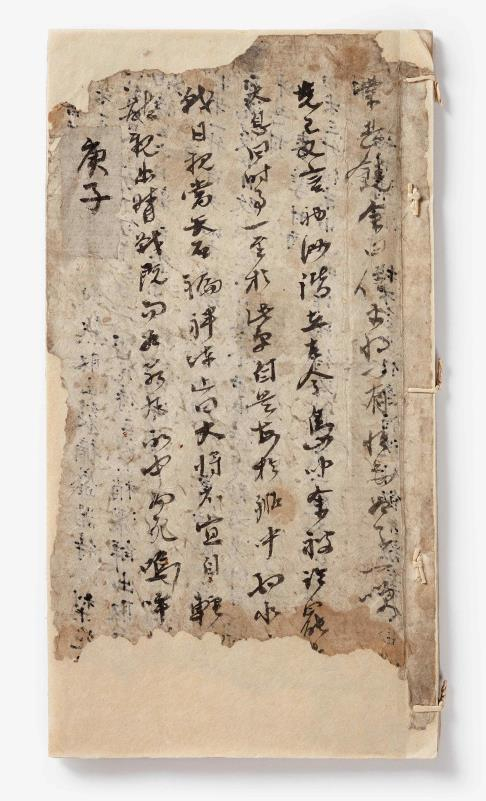 The edges are damaged, but this reused paper that was used again as the cover has 83 characters that describe how Admiral Yi participated in the war, despite attempts to dissuade him by others, to encourage his soldiers and that he was killed by a flying bullet. [CULTURAL HERITAGE ADMINISTRATION]

“We have no idea how this daetongnyeok got taken outside the country,” said Ryu Chang-hae, Ryu’s descendant who participated in the press conference on Thursday. “I apologize on behalf of Ryu’s descendants and want to thank the CHA and the Overseas Korean Cultural Heritage Foundation for putting in the effort to bring it back to Korea. We are happy to have found some new information about our ancestor through this newly returned daetongnyeok, especially the method of brewing rice wine, as such information does not exist in other daetongnyeok.”

The returned item will be managed by the National Palace Museum of Korea and be utilized for research and exhibitions.