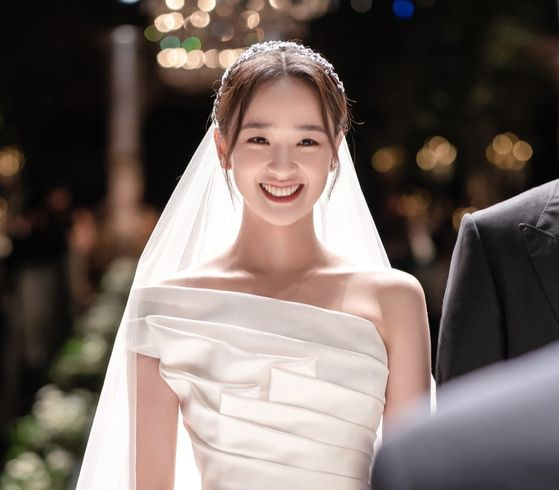 
Retired Olympic gymnast Son Yeon-jae, who married her non-celebrity boyfriend on Sunday, decided to donate 50 million won ($37,400) from the cash gifts she received for her wedding to Severance Children’s Hospital, said her agency Next Euphoria on Monday.

“Son had her wedding on Sunday with blessings from family and friends,” the agency said. “She decided to use the cash gifts in a meaningful way. The 50 million won will go toward at-home care for infants in critical condition.”

Korea has a culture of giving cash gifts at weddings to congratulate the marriage.

In May, Next Euphoria had announced Son’s plans to get married in August. Her husband is nine years her senior, according to the agency.

Son held a private wedding ceremony at her house in Seoul on Sunday, attended by the couple’s close family and friends.

Son made her debut as a professional gymnast in 2010, nabbing the bronze medal at the Guangzhou Asian Games. After finishing fifth in the all-around women’s individual at the 2012 London Olympics, she started receiving international recognition. At the 2014 Incheon Asian Games, Son became the first Korean rhythmic gymnast to win gold in the women’s individual all-around. The 2016 Rio Olympics was Son’s last international event before her retirement. She finished fourth in the all-around, the best finish ever by an Asian rhythmic gymnast during the Olympics.

Son retired in 2017, at the age of 22. In 2019, she established an academy for aspiring rhythmic gymnasts. She currently runs the academy and also teaches there.

World No. 2 Casper Ruud through to quarterfinals at Korea Open