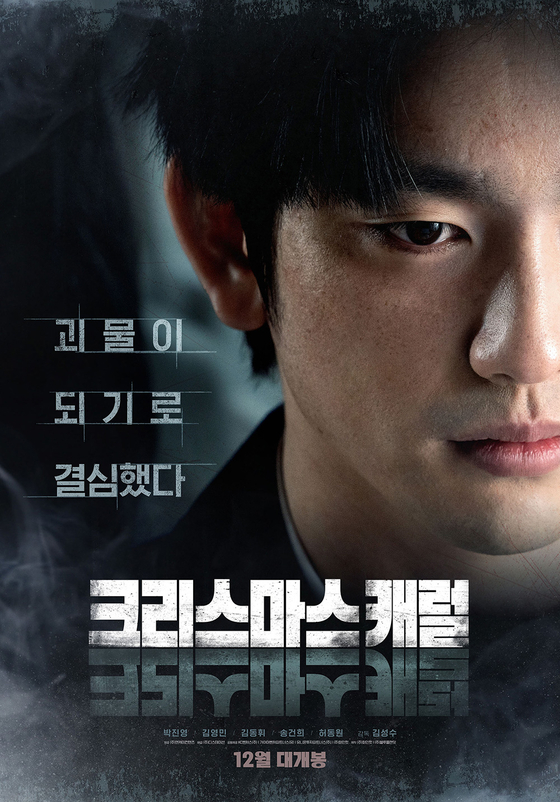 The film unfolds when one brother finds his twin dead on Christmas morning. Park is set to appear as both the twin brothers. Adamant on getting revenge, Park’s character voluntarily admits himself to a juvenile detention center and doesn’t hold back when it comes to getting payback on a violent gang of boys who he believes murdered his brother.

“The script was quite raw and wild,” said Park during a press conference for the film at Lotte Cinema in Gwangjin District, eastern Seoul, on Wednesday. “I was both curious and fearful going into the filming.”

The film is based on a novel of the same name by author Chu Won-gyu, which was published in 2016. It is quite a graphic novel, with very violent depictions of minors who have been abandoned by society.

The screen adaptation is directed by Kim Sung-soo, who is also behind the action thriller film “Running Wild” (2006) and season one of thriller drama “Save Me.” He said that he followed the general story line of the book, while adding a slightly more hopeful ending.

“When I first read the original novel, I was quite intimidated about making it into a movie,” said director Kim. “But this image of the two boys with the same faces, one filled with anger and the other smiling sadly, lingered in my mind. These faces felt like those of the weak in our society. I decided to make this story into a movie because I wanted to tell others why these two twin brothers ended up with these expressions. It’s a bleak story but I wanted to add a little bit of a hope into it.”

To depict the images of these boys, Kim said that he focused the most on the casting.

“We really focused on the psychological shifts and emotional clashes between the characters,” he said. “All the roles in the film aren’t easy characters and I know the actors deliberated on whether to take on the roles or not. I am very thankful.”

Kim met Park when they crossed paths by chance, which led him to offer Park the lead role of “Christmas Carol.”

“He looked very natural with a large beard,” said Kim. “I really liked how natural and kind he looked while having this sharp eye contact.”

Park made his singing debut as a member in JYP Entertainment’s boy band GOT7 in January 2014. He is a vocalist in GOT7, but he also actively participates in choreography composition with fellow member Yugyeom, the main dancer of the group. As an actor Park is still a rookie, making headway in his acting career following his first lead role in tvN series “He is Psychometric” in 2019. He is also widely known for portraying Bobby, Yumi’s boyfriend in the hit Tving original series “Yumi’s Cells” (2021-22).

In addition to Park, rookie actors Kim Dong-hwi and Song Geon-hee are part of the film’s cast.

“I call them all super rookies,” Kim said. “I have been very impressed with them in their previous works and wanted to work with them. I also felt inspired to bring out new sides of the actors that the audience hadn’t seen from them before for ‘Christmas Carol.'”

“Christmas Carol” will open in theaters on Dec. 7.