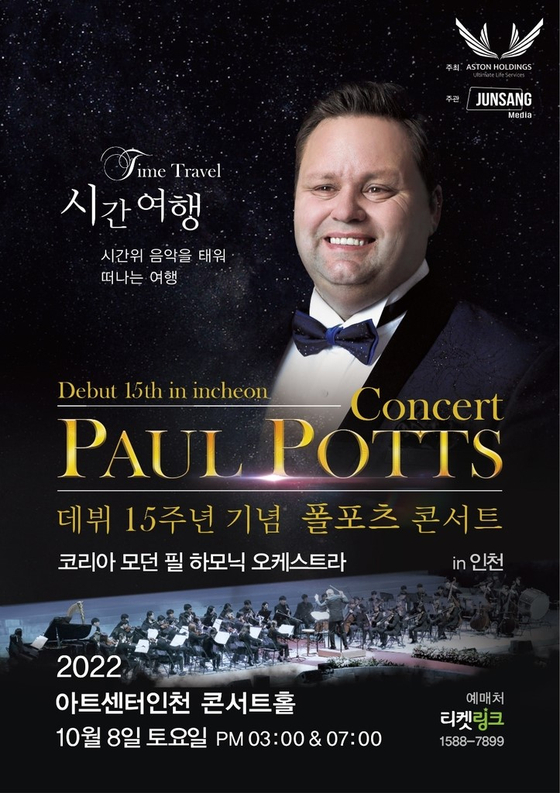 
Popera tenor Paul Potts will hold two concerts in Korea in October to celebrate the 15th anniversary of his debut, according to production company Junsang Media on Monday.

The concerts will take place on Oct. 8 at 3 p.m. and 7 p.m. at the Art Center Incheon in Songdo, Incheon.

Originally a cell phone salesman, Potts rose to fame after winning the British audition show “Britain’s Got Talent” in 2007. His ordinary background and tumultuous life story inspired many.

The two concerts will be themed after time travel as the tenor will perform music from the 19th to 21st centuries.

“Paul Potts is known for his explosive vocals and mostly authentic classical music,” said Park Jun-sang, the coordinator of the upcoming event. “In this concert, he will show some changes keeping up with the global trends.”