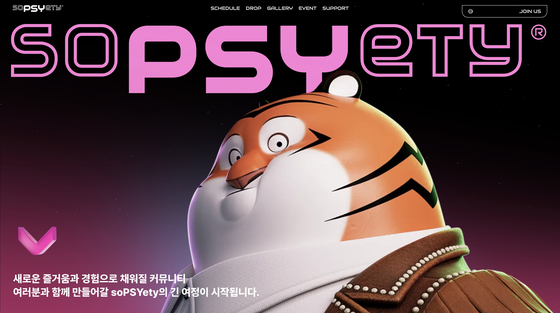 The community is based on non-fungible tokens (NFT) and the first NFT character to be released is called “PSYger.”

P Nation explained in a press release that the community aims to allow fans to buy concert tickets.

“It’s our goal to provide various experiences through a community built by the artists and fans together,” the agency said. “For PSY’s ‘Summer Swag’ and ‘All Night Stand’ concerts, opportunities to buy tickets in advance will be given to those who own the PSYger NFT.”

P Nation was established in 2018 and manages artists Crush, Heize, TNX and Penomeco.