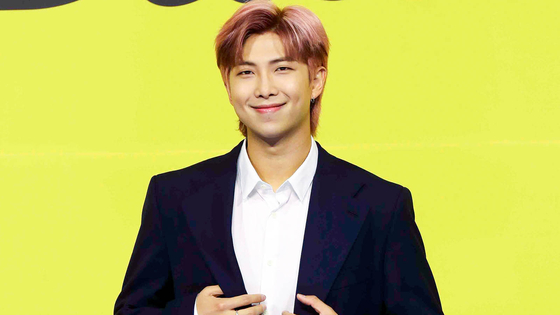 
RM of boy band BTS will release a solo album, according to his agency BigHit Music on Tuesday.

“RM will drop a solo album and is currently in preparation,” the agency said.

The singer will be the third member of BTS to release solo work since the announcement of the group’s hiatus, following J-Hope and Jin.

RM has so far released individual works only in the form of a mixtape or collaboration track, making this the first official solo work from the artist.

He was recently featured in the hip-hop crew Balming Tiger’s song “Sexy Nukim,” released in September.

Fellow BTS member J-Hope released his first solo album “Jack in the Box” in July, becoming the first member of the group to go solo. Jin released his new solo single “The Astronaut” on Friday, co-written with Coldplay.

RM will also be co-hosting tvN’s upcoming educational television show “The Dictionary of Useless Human Knowledge,” which is set to air sometime this winter.