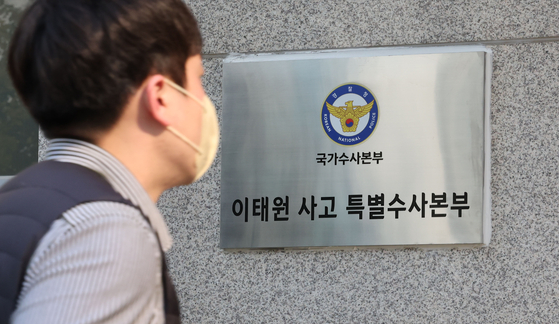 
The Special Investigation Headquarters of the National Police Agency raided the Ministry of the Interior and Safety and the Seoul Metropolitan Government Thursday.

The Special Investigation Headquarters has been conducting a probe into the Yongsan Police Precinct, the local fire station and the district office in relation to the fatal Itaewon crowd crush that took place on Halloween weekend.

The Special Investigation Headquarters sent 65 investigators to 22 locations including the disaster safety management office of the Ministry of the Interior and Safety and the Seoul situation center from around 2:30 p.m. Thursday, to secure reports and response data related to the Itaewon tragedy.

The Seoul situation center in Jongro District, central Seoul and departments of the Ministry of the Interior and Safety in Sejong were among those raided.