Samsung Electronics sticks to its guns as profit plummets

Samsung Electronics sticks to its guns as profit plummets 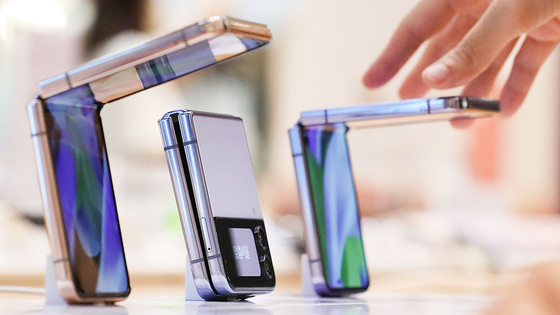 
Samsung Electronics is sticking to its plan of maintaining production even as it reports weak results in line with the miserable state of the chip market.

Competitors — including TSMC, SK hynix and Micron — are rapidly scaling back capital investment as chip demand and prices drop rapidly; Samsung Electronics reiterated its countercyclical stance and continued to forecast that the market will be better next year.

Net profit in the July-September period was 9.39 trillion won ($6.63 billion), down from 12.29 trillion won in the same period a year earlier. The result beat the 9.05 trillion won consensus forecast compiled by FnGuide.

The Suwon, Gyeonggi-based company reported 10.85 trillion won in operating profit in the third quarter, down 31.4 percent on year. The profit missed the market consensus of 11.9 trillion won and is the lowest figure since the first quarter of 2021.

Performance was weak across the board.

“Memory pricing began to decline from 4Q21 due to weakening demand for certain consumer electronics,” noted TrendForce, a Taiwan-based market tracker. “Coupled with the impact of rising inflation, the Russian-Ukrainian war and pandemic policies, demand in peak season was weak, resulting in inventory pressure that has extended from the buyer side to manufacturers.”

Samsung Electronics is optimistic about 2023.

“In the Memory Business, after a dampened first half, demand is expected to rebound centering on servers as data center installations resume,” Samsung Electronics said in a statement released Thursday. “The company plans to align its supply strategy with the mid-term market outlook, taking into account the limited overall production in the industry.”

To improve profitability, the chipmaker will move to increase the production of chips used in automobiles as demand for electric vehicles will likely continue to grow over the coming decades.

It aims to make automotive chips the third largest revenue source among semiconductors by 2030, according to the company in the call.

Record sales were reported in foundry business as the yields continued to improve.

Operating profit in the consumer electronics business, which includes home appliances and televisions, sank 67 percent to 250 billion won on year. Sales edged up by 4.6 percent to 14.75 trillion won.

The company blamed more expensive materials and logistics and slumping demand for the lower profit.

In the smartphone business, operating profit fell 3.6 percent on year to 3.24 trillion, but sales increased by 13.3 percent to 32.21 trillion won.

High-end models, such as foldables, helped sales, the company said.

In line with earlier comments by company executives, Samsung Electronics plans to maintain investment despite the weak market.

In full-year 2022 guidance released with the earnings, it said it will invest 47.4 trillion won in semiconductors and 3 trillion won in display panels. The figure is 12 percent higher than 2021’s total spending of 48.2 trillion won.