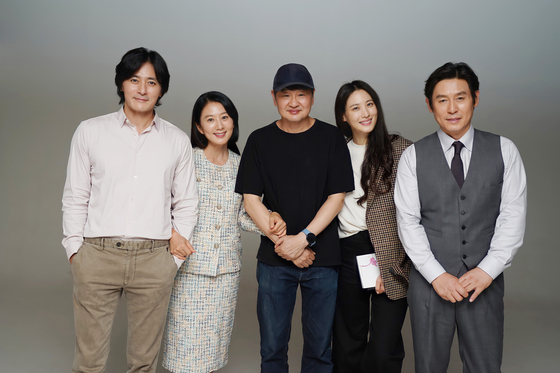 
Actors Seol Kyung-gu, Jang Dong-geun, Kim Hee-ae and Claudia Kim have been cast for the upcoming film tentatively titled “The Dinner” by director Hur Jin-ho, which reportedly finished filming at the end of last month.

The film is adapted from an international bestseller with the same title by Dutch author Herman Koch.

Hur is a well-established filmmaker whose specialty lies is articulately portraying characters’ emotions. His prior works include “Christmas in August” (1998), “One Fine Spring Day” (2001), “The Last Princess” (2016) and “Forbidden Dream” (2019).

“The Dinner” revolves around two brothers and their wives who uncover a terrible secret. Seol portrays the elder brother while Claudia Kim portrays his new wife, Ji-soo. Jang portrays the younger brother, and Kim Hee-ae portrays his wife.

It is Jang’s first return to the silver screen in four years and marks Claudia Kim’s first appearance in a Korean film.

The release date of the film has not yet been decided.