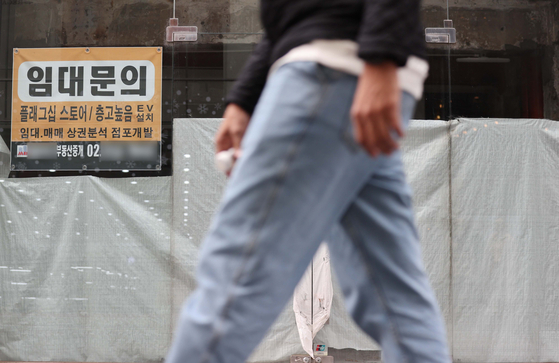 The yield on three-year government bonds reached 3.669 percent, and the yield on 10-year government bonds was at 3.606 percent on Monday, according to the Korea Financial Investment Association on Tuesday. A yield curve inversion, which is when short-term interest rates exceed long-term rates, has continued for six straight trading days in Korea. The yield curve inversion often signals an economic recession. Above, a person passes by a closed store for sale in Myeong-dong in Jung District, central Seoul, on Tuesday. [YONHAP]