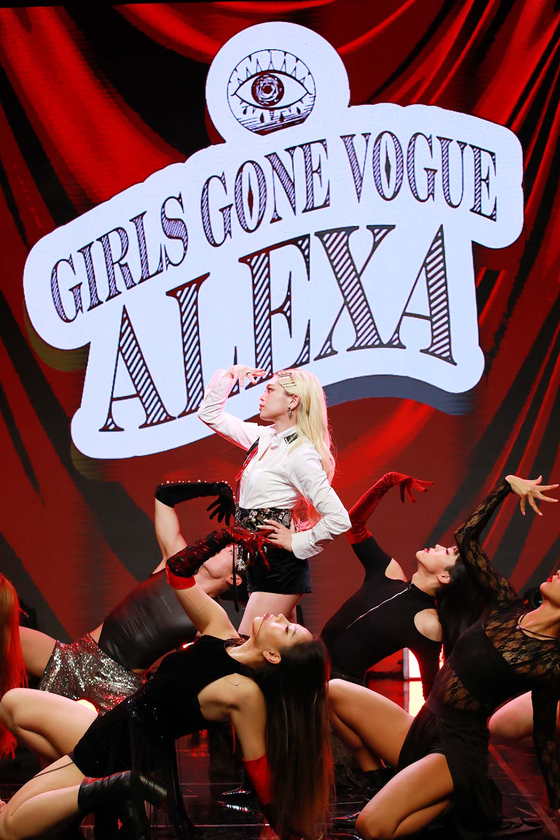 AleXa performs her lead track “Back in Vogue” (2022) at Ilji Art Hall in southern Seoul on Friday. [ZB LABEL]


AleXa is “Back In Vogue” with her latest EP “Girls Gone Vogue,” which was released today.

The EP marks her first official return to the local music scene after winning NBC’s “American Song Contest” in May.


Spurred on by her success, the Korean-American singer says she wanted to show multi-faceted sides of herself through “Girls Gone Vogue” at a showcase held at Ilji Art Hall in southern Seoul on Friday.

“I wanted the entire concept of the EP to be like musical numbers,” the singer said. “From slow ballad to dance numbers, I wanted to input a variety of elements in this EP.”

The EP consists of five songs. The lead track “Back in Vogue” is a mixture of old school hip-hop, jazz and voguing music that was popular in the 80s and 90s. The other four tracks are “Black Out,” “Endorphine,” “Please Try Again” and “Star (feat. Moonbyul of Mamamoo).” 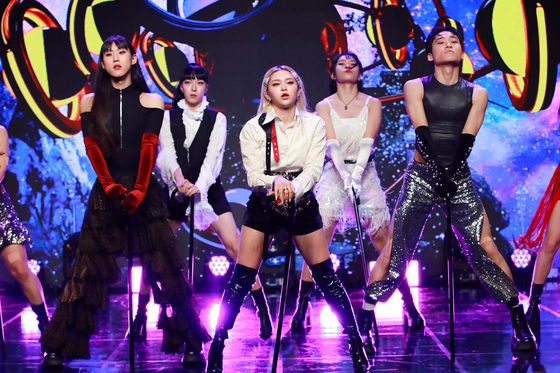 
The music video of “Back in Vogue” continues the singer’s futuristic concept, showing AleXa in a virtual circus.

The singer participated in arranging the melodies and writing the lyrics for “Black Out.”

“[One of] my hobbies is to write and arrange songs,” she said. “While preparing for this EP, we [the label and I] thought it would be a good idea for me to participate in one of the songs, which became ‘Black Out.’ Personally for me, I’m not the kind to agonize over the making of the songs. I have to do them all in one night.”

“I have a schedule in Spain for the first week of December,” she revealed. “I want to continue to juggle both careers in the U.S. and Korea, and I hope to try a stage in South America one day. I heard that the fans there are really passionate.”

The singer also listed artists that she hopes will do dance cover challenges for her lead track “Girls Gone Vogue.” 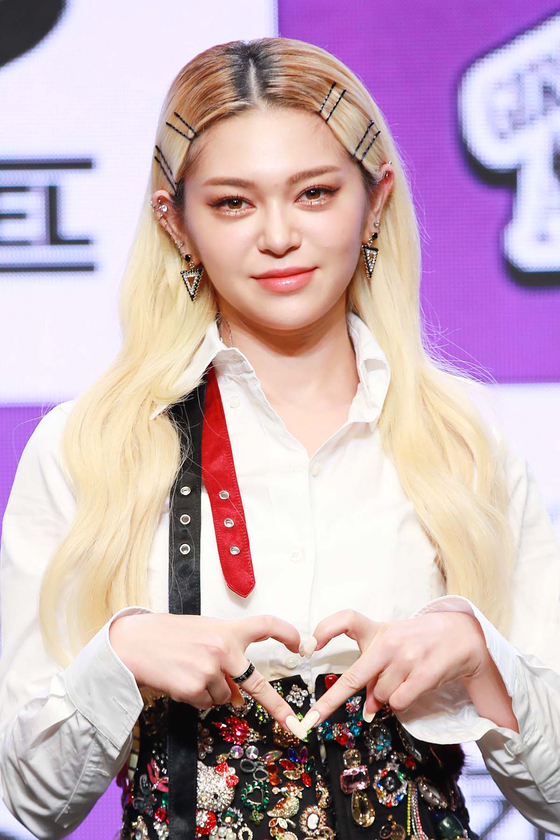 AleXa poses for the camera during her showcase held at Ilji Art Hall in southern Seoul on Friday.[ZB LABEL]


“Huh Yun-jin of Le Sserafim is my friend that I knew from when we were K-pop trainees,” she said. “So I hope we can try out the challenge together. I also hope [to ask] Moonbyul, who featured on one of my songs.”

AleXa debuted with the single “Bomb” (2019), which was released in both Korean and English. Before that, she appeared in two audition programs: Soompi’s “Rising Legends: Season 2” (2017), where she won first place, and Mnet’s “Produce 48” (2018). Her prior single “Wonderland” (2022) earned the title of Best Original Song for NBC’s “American Song Contest.”