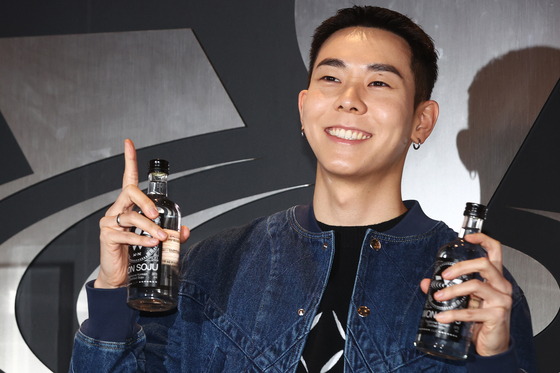 The 32-year-old singer said the bride-to-be was a friend he grew up with in the same neighborhood.

“I met her as a friend right after I got discharged from military service [in 2020]. I don’t know why but my heart suddenly fluttered the whole time I spent time with her and our relationship quickly developed into more than friends,” Loco wrote.

He said they have been dating for the past two years and they “respected each other’s career and shared valuable and happy moments that naturally led us to promise our future together.”

“Thanks to her, I am not afraid to make choices for myself and I feel like I am able to fully enjoy happiness without feeling anxious that it would go away,” he added.

The singer said the “soy latte” that often appears in the lyrics of his songs refers to his fiancée, and that she’s been a great inspiration for him over the years.

“The Covid-19 situation is still quite serious, so we are thinking about having the wedding this fall just among close family and friends,” he said. “It’s been 10 years since I made my debut. I always thank my fans and I will continue on with my music career. There will be no changes to my plans regarding music releases and concerts for this year.”