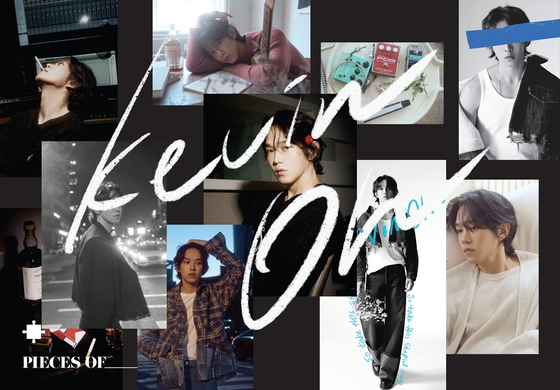 
Singer-songwriter Kevin Oh will release a new album next week, which includes a song written by his new wife, actor Kong Hyo-jin.

“Pieces of _” will be released on various music platforms on Nov. 15, according to Oh’s agency T Cask Ent on Wednesday.

“This album is Kevin’s first full-length album since he debuted five years ago,” said the agency in a statement. “It is a well-made album that the artist has been working on for a long time. It includes his story and thoughts that he has collected over the years.

The album is comprised of eight songs including “Northside, 1995,” “The Moon and Stars,” “Pieces of You” and “Let Go.”

Kong worked on the lyrics of the album’s track “Dawn When You And I Are Both Asleep” (translated). The song will be unveiled ahead of the album’s release on Nov. 12, at 6 p.m.

Oh, who is a Korean-American, is the season seven winner of “Superstar K” (2015). He debuted with the EP “Stardust” in January 2017. He gained more attention when he appeared on JTBC’s “Superband” in 2019. He came fifth in the competition.

He tied the knot with Kong in New York City, last month.