Son Heung-min could bring back the ‘Tiger Mask’ in Qatar

Son Heung-min could bring back the ‘Tiger Mask’ in Qatar 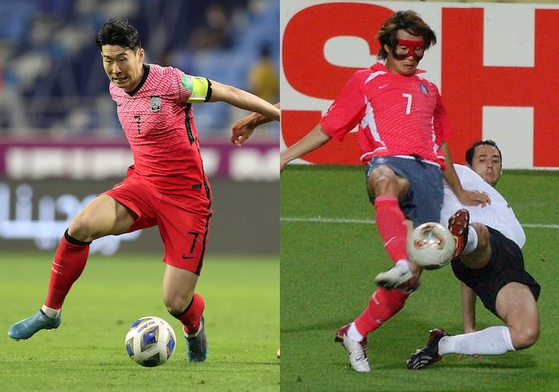 
Korean captain and talismanic star Son Heung-min remains firmly in the “maybe” column for the 2022 Qatar World Cup, but if the Tottenham Hotspur forward is available to play, he is likely to have to do so in a mask.

Son’s eye socket was fractured after Chancel Mbemba’s shoulder connected with his face during the 29th minute of a Champions League game between Tottenham Hotspur and Marseille at Stade Vélodrome in Marseille, France on Nov. 1.

He underwent surgery on Nov. 4, with the Korea Football Association saying on Nov. 5 that the surgery was successful, but it is too early to say if Son will be fit for the World Cup or not. 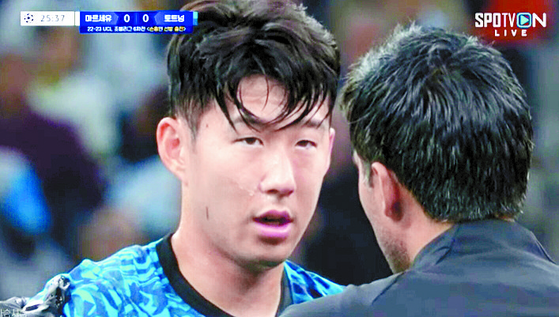 Son Heung-min is seen in a screen capture of a SPOTV broadcast talking to medical staff after injuring his face during a game against Marseille on Nov. 1. [SCREEN CAPTURE]


If Son is able to play at the World Cup, there is a high chance that he will have to do so in a mask designed to protect the healing fracture, which will have been secured with a small metal plate or plates during surgery.

If that happens, Son won’t be the first Korean player to appear at a World Cup in a mask. Kim Tae-young, a former Jeonnam Dragons and national team defender, famously wore a nose guard mask during the 2002 Korea-Japan World Cup after he broke his nose during a round of 16 game against Italy.

Kim’s mask, which earned him the nickname “Tiger Mask” for the rest of his career, was made using a mold of his face by two Japanese manufacturers that teammate Yoo Sang-chul introduced him to. There do not appear to be any records of what it was made out of, but it was likely fiberglass or a light-weight plastic. Kim still keeps the mask in a glass display case. 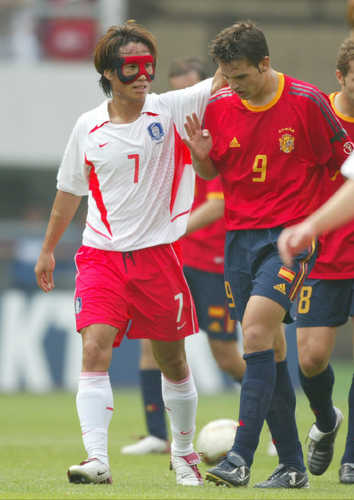 Kim Tae-young, left, talks to Fernando Morientes of Spain during a World Cup quarterfinals game between Korea and Spain at Gwangju World Cup Stadium in Gwangju on June 23, 2002. [YONHAP]


If Son takes to the field in Qatar in something similar, its likely to be a far more high-tech solution.

Masks today are generally made of carbon-fiber, which is both light and very strong.

Napoli’s Victor Osimhen, perhaps the most famous current mask-wearer, wears a mask made out of carbon-fiber. Designed to protect his eye socket after a similar, but far worse, injury to Son, the black mask sweeps away from his eyes and over his nose to avoid effecting his peripheral vision as much as possible.

Carbon-fiber has been used in various forms since 2014, when Mario Mandzukic, then of Atletico Madrid, fractured his nose in a game against Olympiacos. Tottenham’s Harry Kane wore a thicker mask in 2016 when he fractured his nose, fastened around his head with a wide see-through band reminiscent of a diver’s mask. 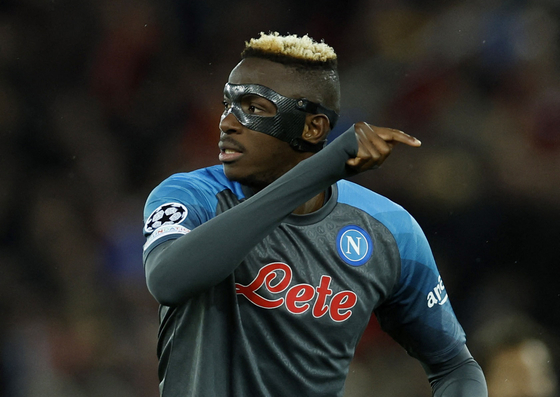 Napoli’s Victor Osimhen reacts during a game against Liverpool on Nov. 1 [REUTERS/YONHAP]


Earlier masks were made of stronger, but often more invasive materials like fiberglass, leading to thicker masks that offered as much protection but limited player’s peripheral vision.

The most popular facilities that make masks are in Italy, with players often flown over specifically to have their mask made.

There’s also a mental aspect to mask wearing. Not only is Son likely to be very conscious of doing anything that could aggravate his injury, but he also has to be aware that he is running around with a very visible sign on his face highlighting exactly where his weak spot is.

Whether Son will actually be fit to appear in Qatar remains unclear, and even if he is available it doesn’t guarantee he will have to wear a mask. Tottenham Hotspur and the Korean national team don’t have long to make that decision — Korea are set to face Uruguay in their opening game on Nov. 24.