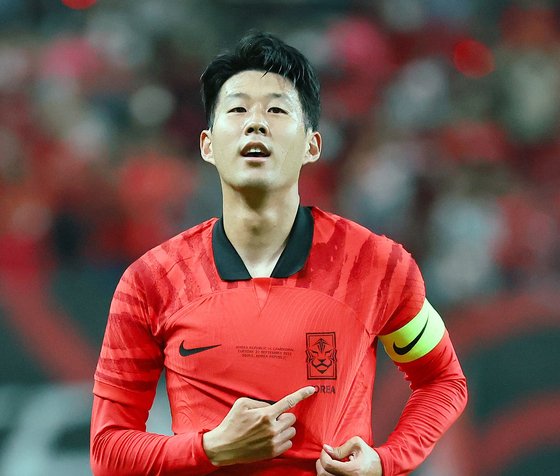 Son Heung-min appears for Korea in a friendly against Cameroon at Seoul World Cup Stadium in western Seoul on Sept. 27. [JOONGANG ILBO]


Son Heung-min said Wednesday he will compete at the 2022 Qatar World Cup wearing a protective mask in his first public statement since undergoing surgery on Saturday on fractures to his eye socket.

“Playing for your country at the World Cup is the dream of so many children growing up, just as it was one of mine too,” Son said in English in a post on his personal Instagram account. “I won’t miss this for the world. I can’t wait to represent our beautiful country, see you soon.”

While the English section of the post made no mention of a mask, a Korean section was more revealing. 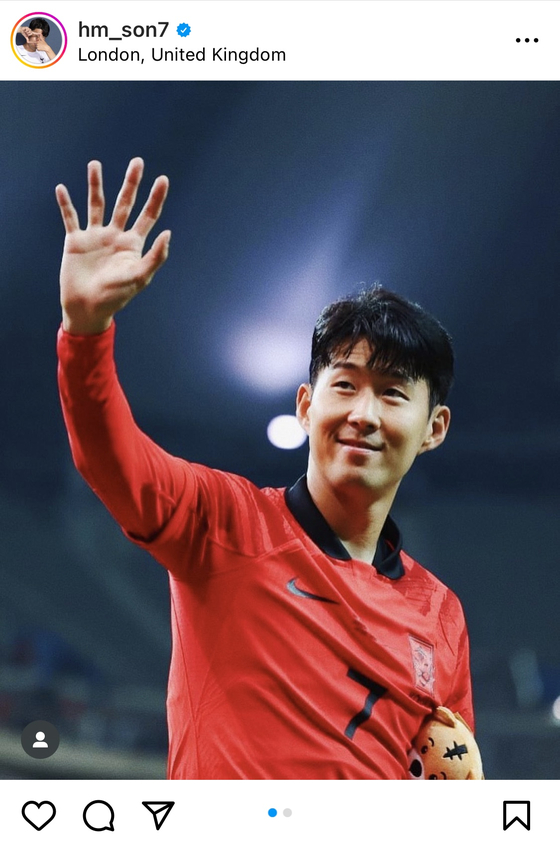 Son Heung-min announced in an Instagram post on Wednesday that he expects to play at the 2022 Qatar World Cup wearing a mask. [SCREEN CAPTURE]


“Compared to the masks you’ve had to wear for the last two years,” Son said, referencing the face masks warn during the Covid-19 pandemic,” the mask that I will wear at the World Cup will be nothing.”

Son’s eye socket was fractured after Chancel Mbemba’s shoulder connected with his face during the 29th minute of a Champions League game between Tottenham Hotspur and Marseille at Stade Vélodrome in Marseille, France on Nov. 1.

He underwent surgery on Nov. 4, with the Korea Football Association saying on Nov. 5 that the surgery was successful. 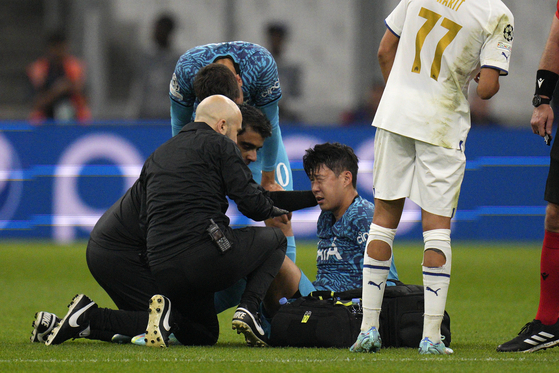 Tottenham Hotspur’s Son Heung-min receives treatment after taking a knock during a UEFA Champions League Group D match against Marseille at the Stade Velodrome in Marseille, France on Tuesday. [AP/YONHAP]


Assuming Son is correct about his fitness, he is likely to be fitted for a protective mask within the coming week. The protective masks used by players at most top European clubs are made of carbon-fiber using a mold of the player’s face by a company in Italy.

Players are typically flown there to have the mold made, with three to four days then needed to create the mask. With an eye injury, the mask can sit close to the skin and avoid the nose, making it fairly noninvasive and less likely to impede peripheral vision.

For Korean national team head coach Paulo Bento, the injury creates a very perilous situation. Son is the most-capped active player in the Korean team, with over 100 national team appearances, and the top active goalscorer, with 35.

Bento will announce his final 26-man squad on Saturday. Based on Son’s comments, the Korean captain now seems highly likely to be in the squad, even if he is not available for Korea’s first game.

Korea will take on Uruguay on Nov. 24, followed by Ghana on Nov. 28 and Portugal on Dec. 2. The Uruguay game will be less than three weeks after Son’s surgery, possibly too close for him to be a starting member of the squad, but if his recovery goes well he could be back in the starting lineup for the following games.

In the Instagram post announcing his plan to play, Son also thanked fans in both English and Korean for their support, saying he personally read a lot of the messages and drew strength from them.