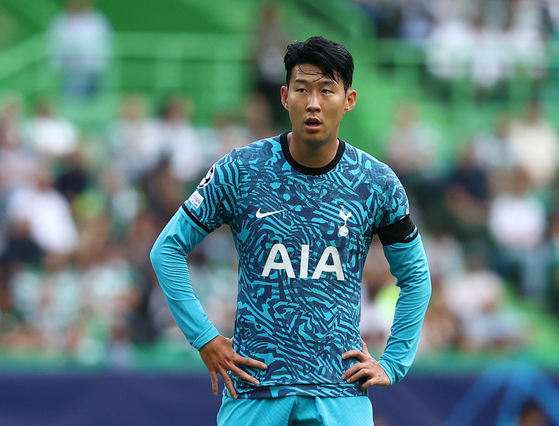 Tottenham’s downfall came with seconds left on the clock, as first Paulinho and then Arthur Gomes scoring in the 90th and 93rd minutes to give the home side three points and the top spot in Champions League Group D.

Spurs started the game looking like they could have won it, with Richarlison, Emerson Royal and Harry Kane all missing key opportunities in the first half. Sporting had their knocks too, but entering the 90th minute with 22 shots and not a single goal, it looked highly likely that the game was going to end in a draw — instead it was a tough 2-0 loss for a Tottenham side that have looked confident in every game so far this season.

“The level of the Champions League is high. It’s very high. you know that to play in this competition you have to reduce the mistakes, because at the end you can pay. Tonight we paid a lot and now we are talking about a loss against a team that showed to be used to playing in this competition.”


Korean forward Son Heung-min, who is yet to score in eight games so far this season, had another uncharacteristically quiet outing on Tuesday. Playing 70 minutes before he was substituted off for Dejan Kulusevski, Son had little impact on the game and again appeared toothless in front of goal.

There were expectations that Son might get relegated to the bench for the Sporting game, with Conte saying on Monday that all Spurs players need to get used to the idea that they could be rotated out of the squad. Despite that warning, the 2021-22 Golden Boot winner did start, although to little effect.

Son will likely get another chance at breaking his goal drought on Saturday as Spurs are set to take on Leicester City at Tottenham Hotspur Stadium in London in a Premier League clash. While some league games over the coming weekend have been canceled due to policing concerns ahead of the funeral of Queen Elizabeth II, Tottenham’s game is still scheduled to go ahead.