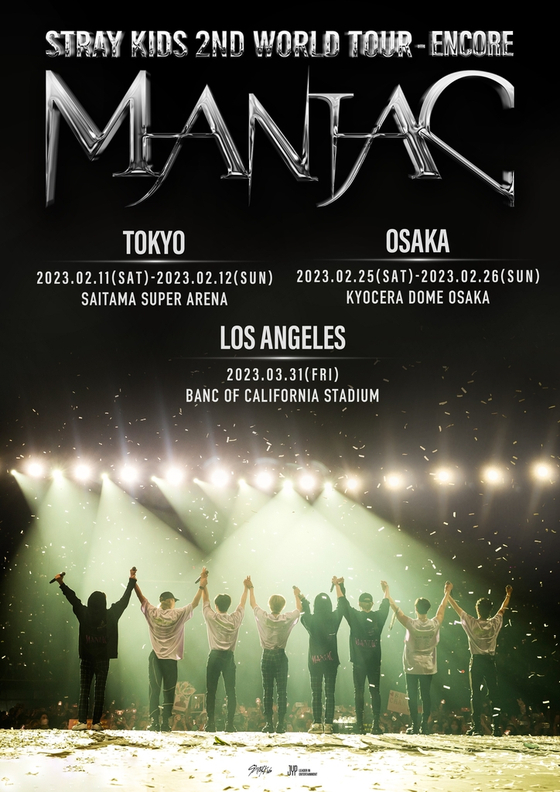 Stray Kids is set to perform encores in Japan in February, at the Saitama Super Arena in Tokyo and Kyosera Dome in Osaka. After that, from March 31, it will hold five more encore concerts at the Bank of California Stadium in Los Angeles.

This will make Stray Kids the first K-pop boy band to perform at a stadium in North America that can house over 20,000 people, following BTS.