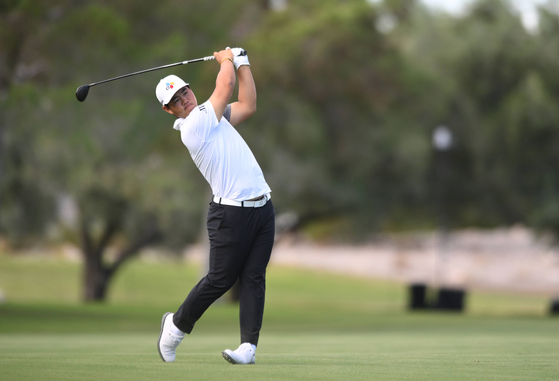 Kim Joo-hyung plays his shot from the 13th fairway during the final round of the Shriners Children’s Open at TPC Summerlin on Oct.9 in Las Vegas, Nevada. [AFP/YONHAP] 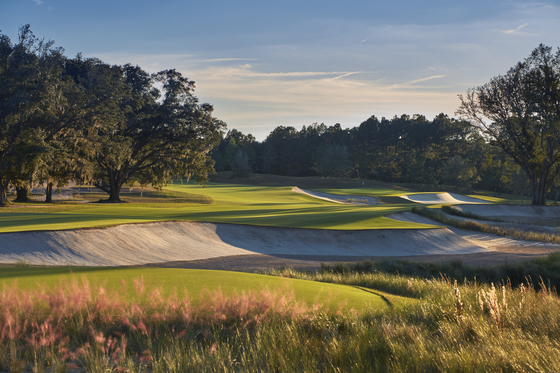 Hole 8 at the Congaree Golf Club in Ridgeland, South Carolina is pictured during a 2019 photo shoot. View of the 8th hole. [CONGAREE GOLF CLUB]


A competitive field of 78 golfers are vying for the CJ Cup trophy at Congaree Golf Club in Ridgeland, South Carolina this weekend, with 13 Koreans looking to become the first to win the cup.

This year marks the sixth CJ Cup and the first time that the event has moved to Congaree Golf Club, failing to return to the Nine Bridges course on Korea’s Jeju Island, the original home of the tournament, for a third year. 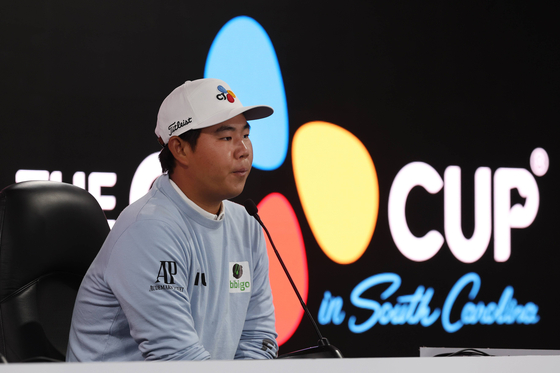 Kim Joo-hyung talks during a press conference prior to the start of the CJ Cup at Congaree Golf Club on Wednesday in Ridgeland, South Carolina. [GETTY IMAGES]


For Kim Joo-hyung, who also goes by Tom Kim on the Tour, this is his first chance to compete at the CJ Cup, with which he shares a sponsor.

“Obviously it’s my first time here,” said Kim Joo-hyung on Wednesday. “But the golf course is going to play really, really tough, I think. It depends on the weather and the wind, but I mean, the first front nine is absolutely beautiful and I can’t wait to tee it up.”

Kim Joo-hyung goes into this week after winning his second-ever PGA title at the Shriners Children’s Open just two weeks ago. He had beaten world No. 4 Patrick Cantlay, turning heads by powering through all four rounds without a single bogey. With the Shriners Children’s Open title, Kim Joo-hyung became the youngest golfer ever to win two PGA titles, six months earlier than Tigers Woods, who won his second-ever trophy at 20 years and nine months old.

It was also Kim’s second win in just four starts after earning his PGA Tour card. Kim officially joined the PGA Tour after winning his first-ever title in August at the Wyndham Championship.

That win earned Kim Joo-hyung instant membership on the PGA Tour and also made him eligible for the FedExCup Playoffs. He made a rapid climb to prominence on the Tour with an impressive Presidents Cup debut, contributing two points for the International Team at Quail Hollow.

Even after his first Presidents Cup, Kim Joo-hyung was seen wearing the wristband that International Team captain Trevor Immelman had gifted the team. 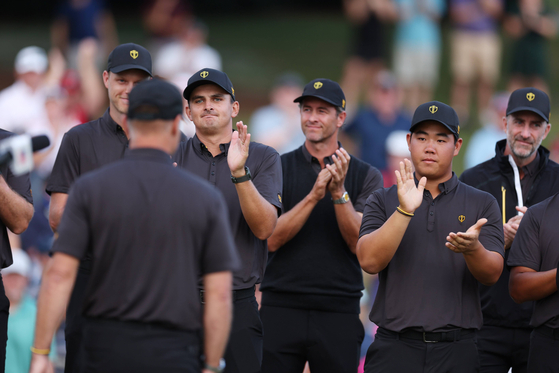 Kim Joo-hyung, right, of the International Team cheers for Captain Trevor Immelman during the closing ceremony of the 2022 Presidents Cup at Quail Hollow Country Club on Sept. 25 in Charlotte, North Carolina. [AFP/YONHAP] 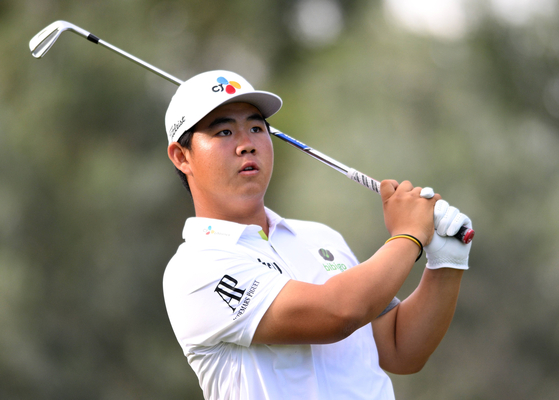 Kim Joo-hyung wears his Presidents Cup bracelet as he plays his shot from the 12th tee during the final round of the Shriners Children’s Open at TPC Summerlin on Oct. 9 in Las Vegas, Nevada. [AFP/YONHAP]


“The reason why I have the wristband is sometimes I just like to kind of remind myself of how the week was and what my mindset was for the week, because it was my first time being in a team environment and feeling like I felt for the week of playing for my teammates more than myself, just kind of keeps me humble and just kind of keeps me grounded,” said Kim Joo-hyung.

“Obviously I would love to play a lot more for the International Team, that’s hopefully going to have a lot more opportunities. Obviously like it’s just a reminder of what I felt that week.”

Kim Joo-hyung will be playing the first two rounds of the CJ Cup alongside defending champion Rory McIlroy of Ireland. The two had also played together at the second leg of the FedEx playoffs, the BMW Championship, last season.

“It was the first time for me to kind of see Rory in action on the course [at the BMW Championship] and he’s a different person really,” said Kim Joo-hyung.

“He’s an amazing ball-striker, everyone knows he’s an amazing driver of the golf ball. Obviously I had a few nerves for the first few holes, but I kind of obviously talking to him a little bit more got me into kind of being more comfortable around him, because obviously he’s someone I looked up to ever since I started golf. It’s going to be a really fun first couple days for me. It’s going to be a great experience and I’m really looking forward to it.” 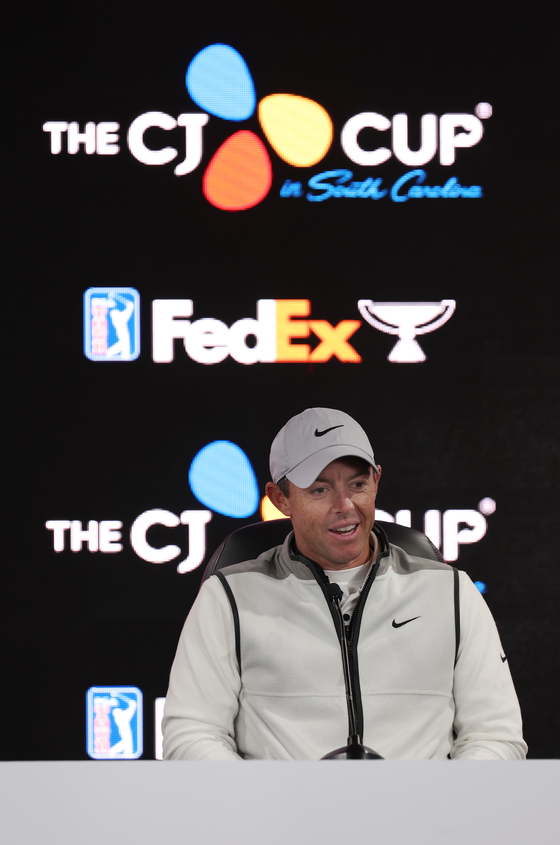 Rory McIlroy of Northern Ireland talks at a press conference prior to the start of the CJ Cup at Congaree Golf Club on Wednesday in Ridgeland, South Carolina. [GETTY IMAGES] 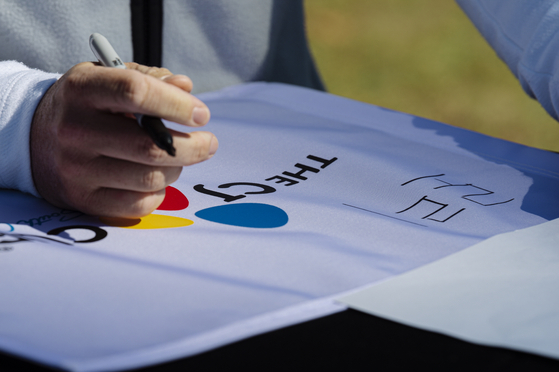 Rory Mcilroy writes his name in Korean letters, hangul, on Wednesday morning ahead of the CJ Cup at Congaree Golf Club in Ridgeland, South Carolina. [GETTY IMAGE FOR THE CJ CUP]


McIlroy is a former world No. 1, four-time major champion and is one of three golfers ever to win four majors by the age of 25, alongside golf legends Jack Nicklaus and Tiger Woods. After having experienced something similar over the last few months, having won only his second title in four starts after earning a card, Kim Joo-hyung had some questions of his own for McIlroy during a press conference on Wednesday.

“Rory, I have a question for you,” asked Kim Joo-hyung. “What’s it like having so much success as a young player? Coming out and many years on tour, how do you manage all that?”

Since winning his first PGA title at the 2010 Wells Fargo Championship at Quail Hollow at age 20, McIlroy has since won a total of 22 PGA titles.


“I didn’t have as much success as you’re having at such a young age,” McIlroy responded. “Like I think when you start to have success at a young age, I think the biggest thing that I realized is managing your time.

“You’re going to be pulled in so many different directions. You’ve got one, two, three, four, I can see five sponsors on you at this point, right? So it’s just trying to manage your time to realize what got you to this position, right? Why are you a two-time PGA Tour winner, why are you such a great player?

“And it’s the time that you put into it and it’s the practice, it’s not losing sight of that. I think that’s the thing.” 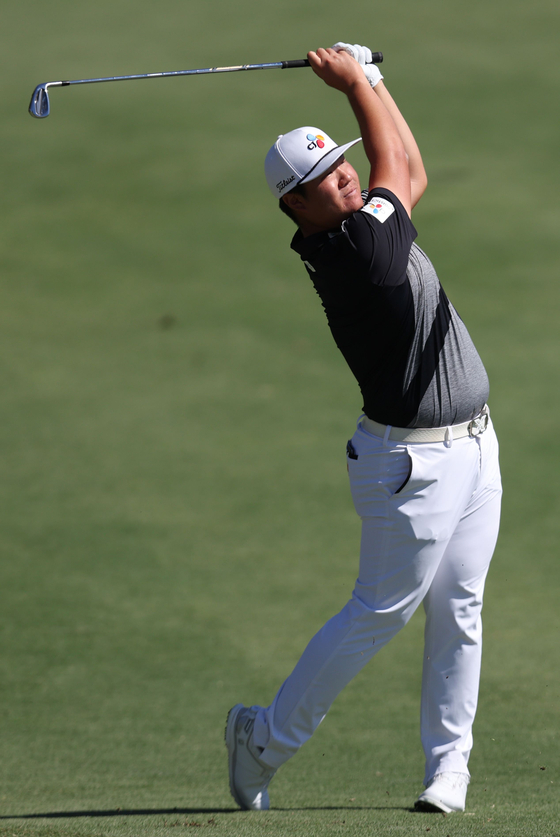 Im Sung-jae plays his shot from the third fairway during the final round of the Shriners Children’s Open at TPC Summerlin on Oct. 9 in Las Vegas, Nevada. [AFP/YONHAP]


Alongside Kim Joo-hyung, the 12 Korean golfers will all be looking to become the first Korean to win the trophy. No Korean has ever won the CJ Cup, sponsored by Korean company CJ, since its inaugural event in 2017.

The Korean with the best finish at the CJ Cup is Im. Last year, Im finished tied for ninth, carding 20-under-par, five strokes behind the winner, to become the only Korean golfer ever to finish in the top 10.

The CJ Cup will continue until Sunday.