Tottenham come from behind to beat Bournemouth 3-2

Tottenham come from behind to beat Bournemouth 3-2 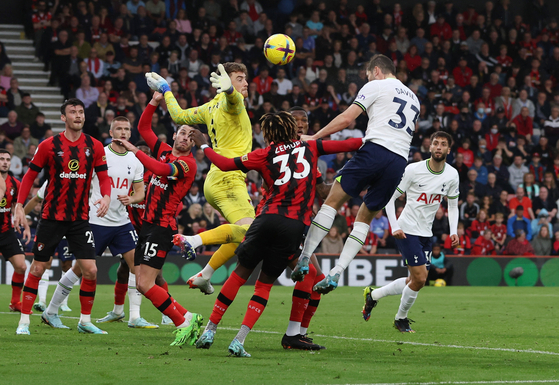 Tottenham Hotspur’s Ben Davies, second from right, heads in the London club’s second goal during a game against Bournemouth in Bournemouth, England on Saturday. [REUTERS/YONHAP]


Tottenham Hotspur fought back to beat Bournemouth 3-2 on the road on Saturday, overcoming a 2-0 deficit in the first half to take three points.

Ryan Sessegnon, Ben Davies and Rodrigo Bentancur provided the goals for Spurs, canceling out a brace from Bournemouth’s Kieffer Moore.

Bentancur secured the win in the second minute of stoppage time, pouncing on a crucial loose ball after coming on as a substitute.

Speaking after the game, Tottenham manager Antonio Conte said the win was “vital” for the squad going into their final Champions League group stage game against Marseille on Wednesday.

“It was great to see the desire of my players and the reaction they had,” said Conte. “It was important to win this game. I think we showed good character.”

Son Heung-min played the full 90 minutes on Saturday. Following the game, Son thanked fans on Instagram and paid his respects to the people that died in Itaewon on Saturday night. 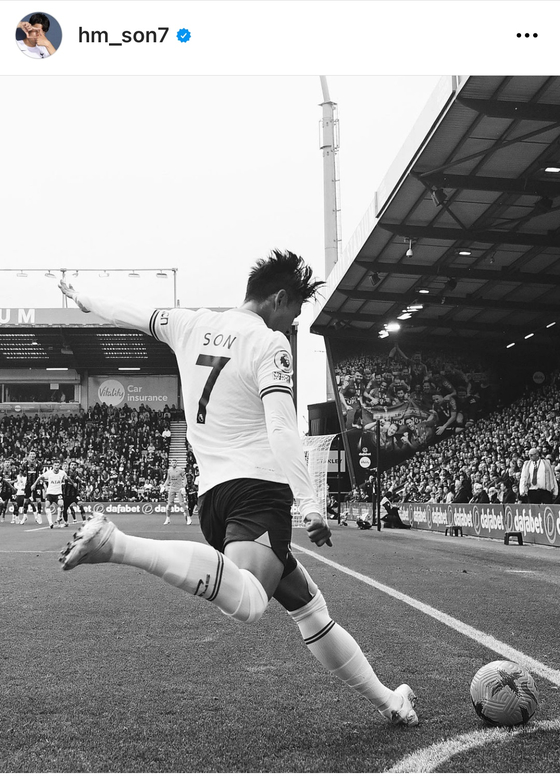 Tottenham Hotspur’s Son Heung-min kicks the ball in an image posted on his personal Instagram page on Saturday. In the post, Son paid tribute to the people that died in Seoul’s Itaewon neighborhood on Saturday night. [SCREEN CAPTURE]


As of 3:30 p.m. Sunday, 153 people were killed and 103 injured in a deadly crush during crowded Halloween celebrations in Seoul’s Itaewon neighborhood. The incident happened during Tottenham’s game on Saturday.

“Spurs fans thank you for pushing us today, we won because of you,” Son wrote on Instagram. “Most importantly, all my thoughts are with you all back home in Korea. I am heartbroken to be reading this news.

“I want you to all know I am thinking of you and sending all of my strength from here.”