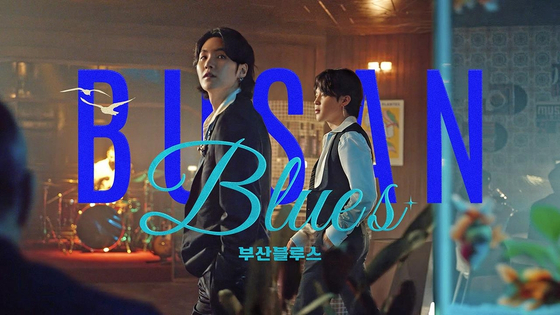 
Two of the four Korea Tourism Organization (KTO) promotional videos created in collaboration with boy band BTS were released on the KTO’s YouTube channel on Thursday.

Titled “Feel the Rhythm of Korea,” the four videos are set in four regions in Korea. Members Suga and Jimin introduce the regions’ tourist spots with classic folk and K-pop songs playing in the background.

“Come Back to Busan Harbor” (1972) by Cho Yong-pil introduces Busan; “An Encounter by Chance” (1982) by Song Gol-mae introduces Daejeon; “Do You Know Hip Hop” (1999) by Drunken Tiger introduces Pohang and “The Wind is Blowing” (2019) by Park Hyo-shin and Park Sung-yeon introduces Jeju Island.

The Pohang video will be released on Oct. 27 and the Jeju video on Nov. 2.

The KTO is planning to promote the videos on outdoor billboards at landmarks in the United States, the United Kingdom, Singapore, Thailand, Japan and Qatar.