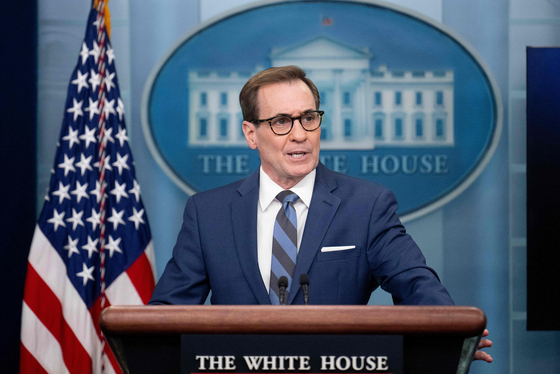 “The man continues to advance military capabilities that continue to destabilize the region, not just the (Korean) peninsula but the region, and we are taking this seriously,” Kirby told a White House press briefing, referring to North Korean leader Kim Jong-un.

“We have said that we believe Kim could conduct a nuclear test at any time,” he added.

Seoul and Washington have said the North may have completed all preparations for what will be its seventh nuclear test. Pyongyang conducted its sixth and last nuclear test in September 2017.

Pyongyang has fired 63 ballistic missiles this year, including 10 intercontinental ballistic missiles (ICBMs), which is 2.5 times more than its previous annual record of 25, according to U.S. Ambassador to the United Nations Linda Thomas-Greenfield.

Kirby highlighted the importance of U.S. alliances in the Indo-Pacific, while noting the country has already enhanced its intelligence gathering capabilities in the region.

“Five of our seven treaty alliances […] are in the Indo-Pacific, and we take them seriously because they put on us very significant security commitments to help with the defense of Japan and South Korea,” he said.

“And we take that seriously, which means we got to make sure we are ready for the kinds of capabilities that he (Kim) clearly is so interested in continuing to pursue,” Kirby added.