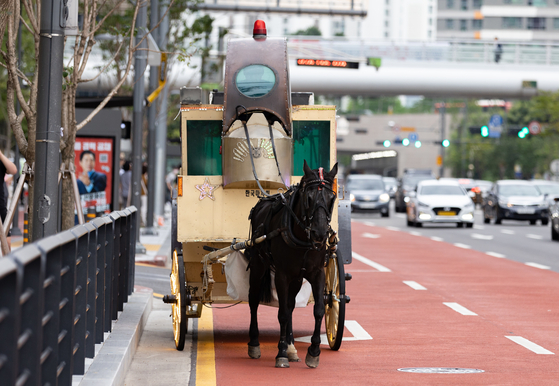 Uma Musume users held another horse buggy protest on Tuesday at Pangyo, Gyeonggi, where Kakao Games is headquartered at. [NEWS1]


Uma Musume users held another horse buggy protest on Tuesday despite Kakao Games’ promise to open a dialogue this weekend.

The publisher announced last Wednesday that the company will hold an official meeting with representatives of Uma Musume Pretty Derby mobile game fans after a series of protests in early September criticizing how the game is managed in Korea.

The talks will take place on Saturday at 10 a.m. at Kakao Games’ office in Pangyo, Gyeonggi, and will include five of the game’s managers. However, no one from the Japanese developer Cygames will take part and only Kakao Games will livestream the event, which didn’t please angry fans.

“We regret to hear Kakao Games’ conditions for holding the meeting,” protesters said in a post uploaded Monday. “The talks will take place as planned, but the representatives have decided that it is not our right to suppress the fury of users, which is why we will deliver a second message to Kakao Games.” 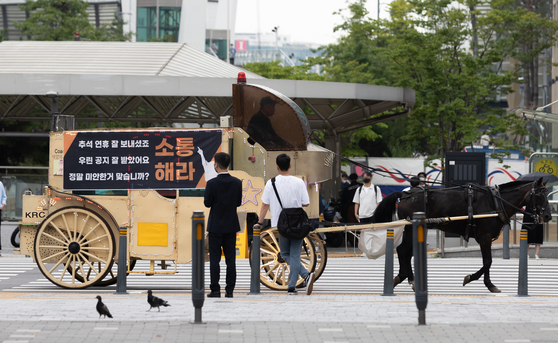 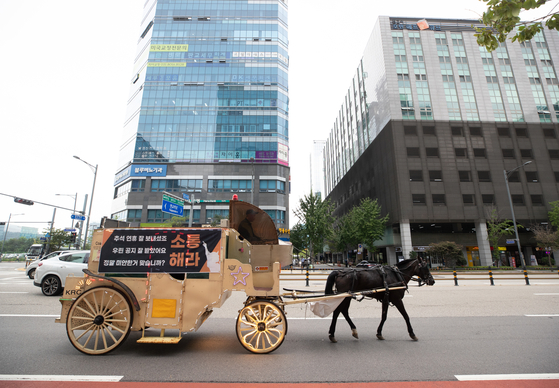 Users of Uma Musume Pretty Derby hold a horse buggy protest on Tuesday at Pangyo, Gyeonggi, where Kakao Games is headquartered at. [NEWS1]

Since early August, players have been criticizing Kakao Games for managing the game differently than in Japan. Users claim that Kakao Games failed to give proper notice for major events that took place within the game and offered fewer benefits to Korean users compared to their Japanese counterparts.

CEO of Kakao Games Cho Kye-hyun made a formal apology on Sept. 3 in a letter posted on the game’s official community site. Cho promised dialogue and to give benefits to local players that match those offered to Japanese players.