Second half goals from Riyad Mahrez and Julian Alvarez saw City book a place in the fourth round of the Carabao Cup with a 2-0 victory over Chelsea. Take a look at the highlights. 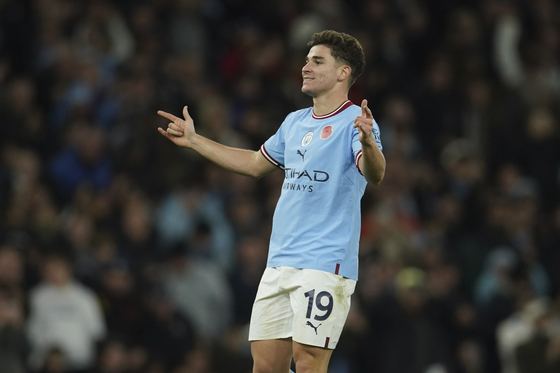 Manchester City’s Julian Alvarez celebrates after scoring his side’s second goal during a Carabao Cup third round match against Chelsea at Etihad Stadium in Manchester on Nov. 9. [AP/YONHAP]