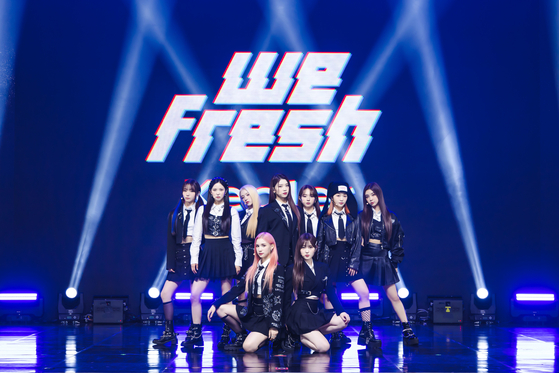 Girl group Kep1er performs its lead track “We Fresh” during Thursday’s showcase for its third EP “Troubleshooter,” which dropped the same day. Formed through Mnet’s idol audition program “Girls Planet 999” (2021) and having become one of the most successful rookie K-pop acts of the year, Kep1er portrays the concept of cheerful female superheroes in its new release. [WAKEONE, SWING ENTERTAINMENT] 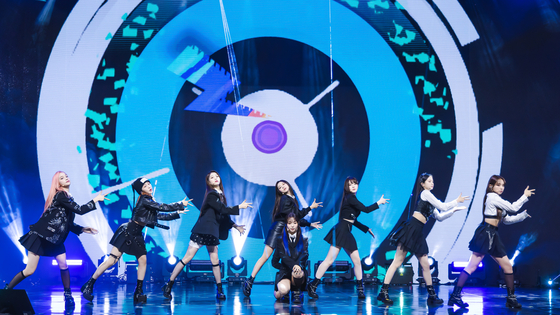 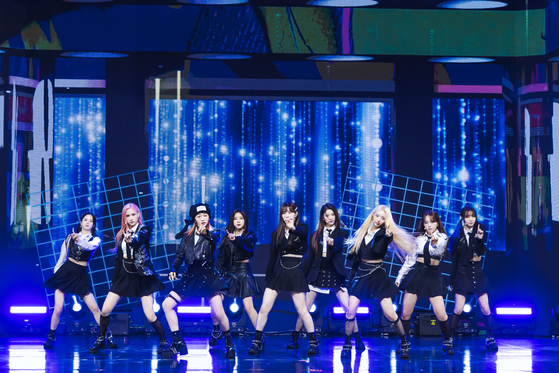