[WHY] Jeonse, and the reason behind so many Koreans’ choice to forgo monthly rent

[WHY] Jeonse, and the reason behind so many Koreans’ choice to forgo monthly rent 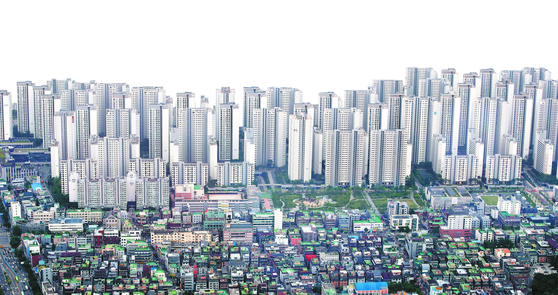 In many parts of the world, doing so would likely not be legally sustainable. But uniquely in Korea, a large portion of the population are living in just that way, under the rental system called jeonse.

Jeonse is a lump-sum deposit given to a landlord by the tenant. The deposit typically ranges between 60 to 80 percent of the unit’s sale price. In return, the tenant does not pay any monthly rent and the deposit is fully refunded at the end of the contract period. Landlords often treat the deposit as an interest-free loan for their investment or business.

Jeonse is one of the most common types of residential contracts in Korea. According to data from the Supreme Court of Korea, the proportion of jeonse contracts accounted for 49.9 percent of the total landlord-tenant transactions in April, followed by 42.2 percent in May.

“Korea is the only OECD country to have a jeonse system,” said Prof. Kim Yoo-jin, who teaches at the department of urban planning and transportation engineering at Kyonggi University.

“Lump-sum deposit rental contracts usually exist in countries where the financial system has not yet been fully developed, but Korea is an exception. Koreans tend to prefer jeonse over monthly rent because the interest on the bank’s loans for the deposit is cheaper than what the monthly rent would be.”

With all its benefits, jeonse is no more than a pie in the sky for some people, like many newlyweds and foreigners.

“It’s usually difficult for newlyweds to sign a jeonse contract in Seoul without receiving any financial aid from their parents,” said Hur Da-hee, 29, an office worker who got married in 2019.

“Without parents’ help, newlyweds usually have to live in a villa instead of an apartment. Many also find it stressful that jeonse deposits increase after the two-year contract expires, meaning they may have to move out if they can’t pay the increased amount,” Hur added.

Villas are another form of residence in Korea that usually have fewer floors than apartments. They are generally less preferred than apartments because of their lack of subsidiary facilities, like a fitness center, security guard and parking lot.

“Jeonse is definitely not common in the United States,” said Liam Reilly, a 26-year-old French American who lived in Seoul from 2018 to 2019. “It’s definitely encouraging that the higher the premium you pay, the less you pay in rent in the long-term.”

But most foreigners don’t know about the system and, Reilly says, “if you’re only moving to Korea for a few years, I don’t know how many would try to figure it out since it’s a little complicated.”

He said that the language barrier and complexity of banking add hurdles to foreigners trying to learn about the system, adding that even just opening up a bank account in Korea was “a bit frustrating” because of visa limitations. 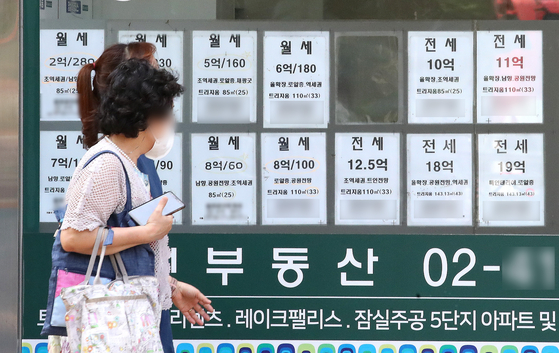 Jeonse is estimated to date back to as early as the 19th century. The system began to evolve following the signing of the Japan-Korea Treaty of 1876, which Japan used as a basis for colonizing Korea.

The treaty forced Korea to open three ports, in Busan, Incheon and Wonsan, to Japanese trade. Opening of the ports led to an influx of people to the city, raising demand for houses.

This event is seen to have played a decisive role in developing jeonse, according to Yoon Dae-sung, an honorary professor teaching law at Changwon National University, in his 2009 book that translates to “Research on Korea’s jeonse law.”

“People from the suburban areas who could not afford to buy a house in the city rented a room in the landlord’s house in return for the deposit,” said Kim. “Home owners were mostly merchants, and they used the deposit for their business.”

Tenants faced trial and error until jeonse gradually evolved to be able to properly protect them and their deposits.

The Housing Lease Protection Act was established in March 1981 with the goal of securing stability in the residential life of tenants.

If the deposit is not refunded after the termination of a lease, the lessee may file an application for a leasehold registration order with the district court. The act also states “the relations of lease shall continue until a deposit is repaid to a lessee” even though the contract period expired.

Another measure adopted to protect lessees was an insurance service for tenants’ deposits, in 2013.

Tenants that sign up for the insurance with the Korea Housing & Urban Guarantee Corporation or Seoul Guarantee Insurance are able to receive their jeonse deposit if their landlord fails to return the deposit.

The effort to protect tenants was particularly strong in the last government, though not all measures were successful.

The Moon Jae-in government in 2020 introduced a 5 percent cap on increasing jeonse deposits when renewing contracts. The measure discouraged landlords from putting up their house for jeonse, making it harder to find such properties in the market. As a side effect, jeonse prices soared, and the lack of available housing in metropolitan areas also pushed up the full sales price.

The average jeonse price in Korea jumped 40.64 percent nationwide during the five years of the Moon government, according to real estate market tracker R114.

The Yoon Suk-yeol government announced its first set of real estate measures on June 21, which includes offering capital gains tax benefits to landlords who keep the raise in jeonse deposits within 5 percent when a contract is renewed.

Though uncommon, the jeonse system is not entirely unique to Korea. Similar rental contracts can be seen in other parts of the world, mostly in developing countries.

In Bolivia, anticretico contracts allow tenants to live rent-free for an agreed period of time in return for paying between 25 and 40 percent of the full value of the house. The percentage of the full price needed for the lump-sum deposit is lower than the 60 to 80 percent needed in Korea. After the contract expires, the house owner returns the full deposit.

The idea behind anticretico dates back thousands of years.

“Despite the Greek origins of its name, clay tablets from the 15th century B.C. establish that antichresis contracts were commonly employed in the Sumerian and Akkadian Mesopotamian cultures,” according to an article in the Regional Science and Urban Economics journal written by Ignacio Navarro and Geoffrey K. Turnbull in 2009.

There are also similar rental systems in other countries, like bogey in Bangalore and girvi in Surat, India.

“The existence of the jeonse system can be legally confirmed in Korea, Spain, France, Louisiana in the United States, Argentina, Bolivia and more. But countries where the lump-sum deposit rental system can actually be observed are Korea, Bolivia and India,” said Kim.

“Jeonse is seen throughout the country in Korea and Bolivia, but it is present in only a very small number of regions in India.”

Anticretico is an “amazingly common house option in Bolivia,” according to an article at BoliviaBella, an English travel website for Bolivia. For tenants, “if your money is not returned to you, the property could become yours.”

In Korea, a house is put up for auction if the landlord goes bankrupt. The tenant may or may not receive the entire lump-sum deposit depending on the predetermined order of dividend receivers.

More than 50 percent of the residential contracts signed were jeonse through March this year. The number of monthly rent contracts outnumbered jeonse in April and May.

Jeonse tenants tend to think of the deposit as a form of “savings” because “the deposit does not perish, unlike the monthly rent,” said Kwon Dae-jung, a real estate professor at Myongji University.

Some critics see jeonse as one of the primary contributors to Korea’s rapid rise in household debt.

The total lending by 17 banks for jeonse deposits was more than 167 trillion won as of the end of April, according to data from the Financial Supervisory Service provided to the office of Rep. Lee Jong-bae of the People Power Party, reported by local media reports. The amount was up almost 70 percent from the total lending in 2019.

The sizeable debt will put more pressure on borrowers as the central bank indicated it may further raise the base interest rate, resulting in a rise in loan rates.

“The two most important factors determining the price of jeonse deposits are housing prices and the interest rate,” said Pong In-shik, a researcher at the Gyeonggi Research Institute. “If the interest rate rises, demand for jeonse naturally declines due to pressure to pay for a higher rate for the deposit loans.”

The average rate for jeonse deposit loans offered by the four major banks — KB Kookmin, Shinhan, KEB Hana and Woori — ranged between 3.99 and 5.01 percent as of late June, compared to the 2.71 to 3.64 percent last August.

The Bank of Korea raised the base interest rate five times through May since last August, putting the rate to 1.75 percent in May. The central bank governor indicated further rate hikes, saying inflation is the current focus of monetary policy, to ease rapid inflation growth.

“If the conversion rate of jeonse prices to monthly rent is lower than the interest rate paid for the lump-sum deposit to the bank, that itself is enough motivation for tenants to shift to other types of contracts, like monthly rent or quasi-jeonse,” said Jung Wha-young, a Macro-Financial Analysis Research Fellow at the Korea Capital Market Institute.

“Demand for jeonse will be determined by the movement of the interest rate. For the time being, contracts for monthly rent are forecast to increase as the interest rate is expected to further rise,” Jung added.

[WHY] Korea decriminalized abortion, but has anything actually changed?