World Heritage Festival to take place from Sept. 3 to Oct. 22

World Heritage Festival to take place from Sept. 3 to Oct. 22 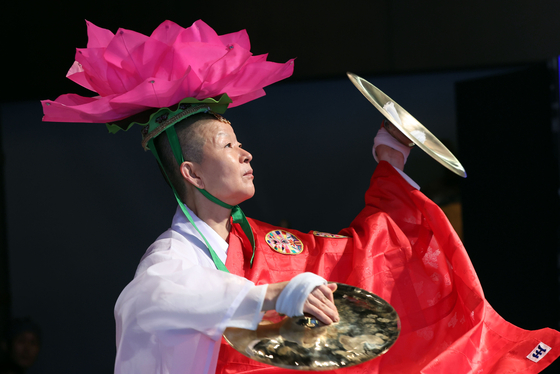 This year’s World Heritage Festival will kick off on Sept. 3 and stop at four different locations in the country. The picture shows choreographer Ahn Eun Mi, who will perform at Buseok Temple in Yeongju on Sept. 10 and 11. [YONHAP]


The Cultural Heritage Administration announced Wednesday that this year’s World Heritage Festival, which is in its third edition, will take place from Sept. 3 to Oct. 22 in different cities across the country that boast Korea’s great heritages.

The cities that are included in this year’s festival are: Andong and Yeongju in North Gyeongsang, Suwon in Gyeonggi and Jeju Island.

Every year, the World Heritage Festival selects Unesco-designated world heritage sites of Korea and organizes various activities for visitors, such as performances, exhibitions and hands-on experience programs, to ensure that the visitors understand the sites’ significance.

The festival will kick off in North Gyeongsang’s Andong and Yeongju on Sept. 3. Different activities will be organized at the Andong Hahoe Folk Village. The opening performance for the festival will be held at 7 p.m. on Sept 2. Close by is Buseok Temple in Yeongju, where visitors can check out contemporary dance performances that are scheduled to take place. A musical performance will take place in Byeongsan Seowon in Andong, which was one of Korea’s neo-Confucian academies (seowon) during the Joseon Dynasty (1392-1910) that was added to Unesco’s list of world heritage sites in 2019. There are also programs for visitors to experience what life was like at seowon for the Joseon-era elite on Sept. 2, 3 and 4.

Korea’s beloved Jeju Island is also included in the festival, as it has been for the past two editions. From Oct. 1 to 16, various programs will be organized to shed light on the island’s famous Seongsan Ilchungbong tuff cone and the volcanic Mount Halla along with its lava tube system, which became Korea’s first Unesco-designated natural heritage.

More information is available on the festival’s website, worldheritage.modoo.at, or by calling the organizer at (042) 481-4808.

Beat the heat Korean-style with a bubbling bowl of samgyetang

Beat the heat Korean-style with a bubbling bowl of samgyetang