Yoon to meet with U.S. Vice President Harris in Seoul on Sept. 29

Yoon to meet with U.S. Vice President Harris in Seoul on Sept. 29 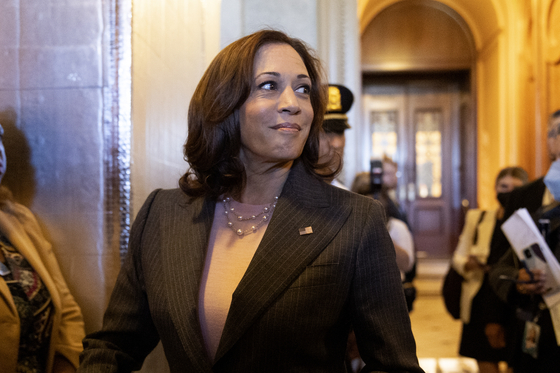 
President Yoon Suk-yeol will meet with U.S. Vice President Kamala Harris in Seoul on Sept. 29 to discuss the bilateral alliance, North Korea and other issues of mutual interest, his office said Thursday.

The vice president’s visit “reflects the two governments’ firm commitment following the launch of the Yoon Suk-yeol administration to strengthen the South Korea-U.S. alliance,” it said, noting that the last time a U.S. vice president visited South Korea was in February 2018, when then Vice President Mike Pence attended the opening of the PyeongChang Winter Olympics.