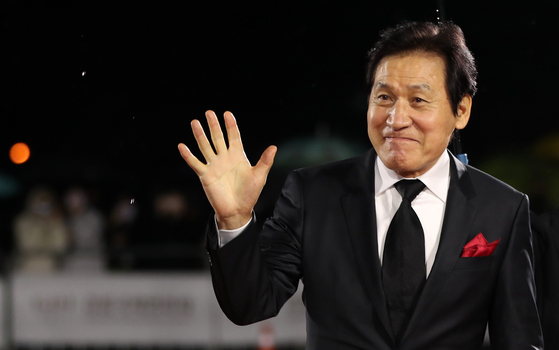 
Actor Ahn Sung-ki, 70, is recovering from blood cancer, according to his entertainment agency Artist Company on Saturday.

“The actor was diagnosed with the condition over a year ago, but because Ahn Sung-ki has always been diligent in taking care of his health, he is currently on the road to recovery,” said the agency in a statement.

On Thursday, Ahn was seen in public during the opening ceremony for “Director Bae Chang-Ho’s 40th Anniversary Special Exhibition” held at the CGV in Gangnam District, southern Seoul.

Before the screening of director Bae’s “People In a Slum” (1982), Ahn went onstage to say hello to the audience. He was wearing a wig and was supported by his fellow actor Kim Bo-hyun. Ahn left the theater without watching the whole film.

The agency said that Ahn will continue to focus on getting better for now so that he can return to the screen in the future.

Ahn debuted in 1957 through a romance film titled “Twilight Train.” The actor was five years old at the time. He has since starred in some 100 films. He is best known for the films “Good Windy Day” (1980), “Two Cops” (1993) and “Radio Star” (2006). Most recently, Ahn played a supporting role in the historical film “Hansan: Rising Dragon.” The film was released in July. 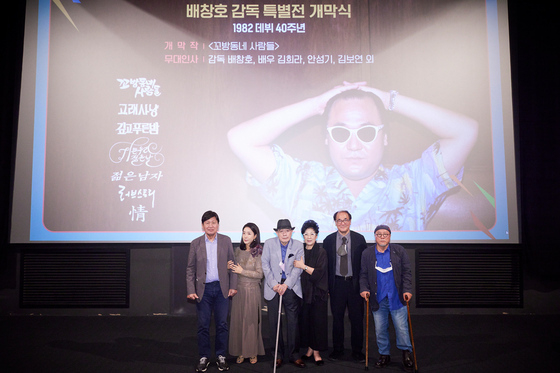 Actor Ahn Sung-ki, far left, before the screening event for the film ″People in a Slum″ (1982) on Thursday at CGV Gangnam in southern Seoul [YONHAP]