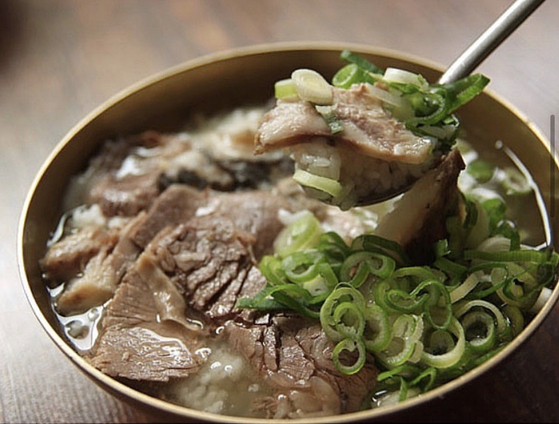 
Soup and rice are the backbone of Korean cuisine. But some of the best comfort foods takes things even further, putting the rice in the soup to create a single bowl of food that contains everything you could possibly need.

In both cases, shoving your rice straight into the soup is encouraged.

Gomtang tends to be less well-known than its opaque cousin, but is definitely worth trying. Here are some of the best places to try this meaty soup in Seoul. 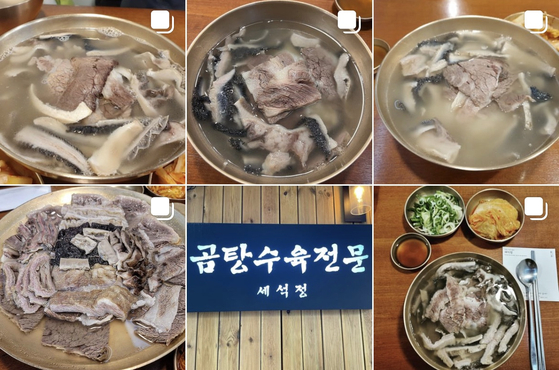 Located steps away from the famous office district of Teheran-ro, Seseokjeong welcomes many of Gangnam, southern Seoul’s busiest suits looking for a quick, hearty meal. The restaurant states on its menu that it only uses hanwoo, a Korean beef, especially  from female cows. It has two different items listed on the menu: Gomtang and suyuk, or boiled beef slices. The gomtang comes at three different prices depending on how much meat and intestines you want in your soup. The cheapest is 11,000 won.

Hadongkwan has been famous for its gomtang for decades, and many Seoulites will recall their first visit with their parents or grandparents. Known for only using hanwoo to make its soup, the restaurant also serves suyuk. 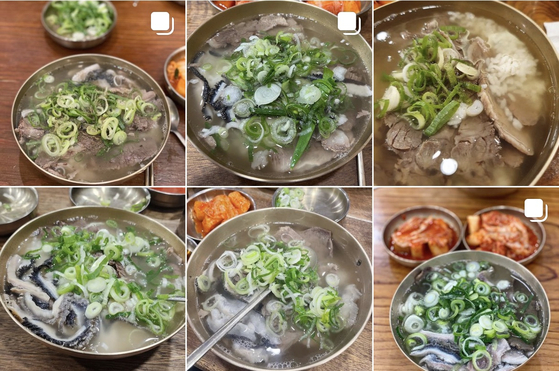 
While most people enjoy drinking the clear broth, some add the liquid from ggakdugi, diced radish kimchi, to turn their broth a bit redder. The ggakdugi water is called ggakguk here, as guk means soup in Korean, and staff will pour the water out of a pot into your bowl upon request. If you just need a small portion to season your gomtang lightly, you can take it from the small plate of ggakdugi already on your table.

The cheapest option is 15,000 won at Hadongkwan’s main branch in Myeongdong, central Seoul, but the prices vary depending on which branch you visit. It has four branches; one each in Myeongdong and Coex, southern Seoul, and two in Yeouido, western Seoul.

If you are a noodle person, this is the place to go to satiate your beef soup craving. In a bowl of clear beef broth with meat on top, Aeseong Hoegwan Hanwoo Gomtang provides both noodles and rice. 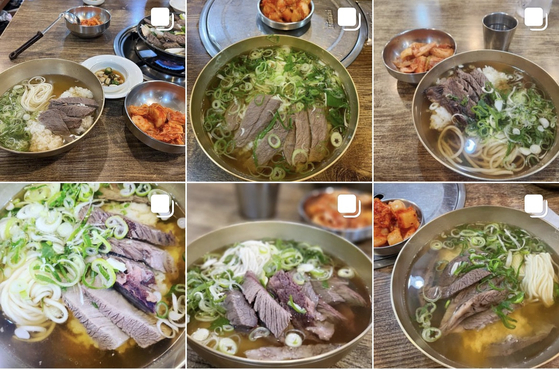 
Different from other restaurants that only offer two items, this restaurant has a range of other savory dishes one can pair with their soju or beer. It has bulgogi, or marinated stir-fried beef, and nakji bokkeum, or stir-fried small octopus in spicy gochujang (fermented hot pepper paste) sauce. It also runs a seasonal menu of kongguksu, or noodles with soy milk broth.

While most of the gomtang restaurants make their soup with beef, Okdongsik has taken on the challenge of reinterpreting the classic dish with pork. Although pork soup is widely enjoyed across Korea, it is normally more complex with lots of condiments and fermented sauce. The chef at Okdongsik decided to make the broth clear with a piece of meat on top, similar to normal beef gomtang. 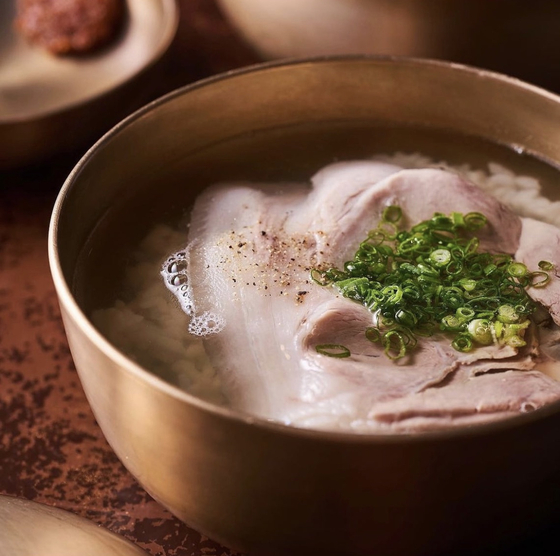 
Compared to beef gomtang, the broth may feel a little lighter, but the flavors are just as complex. If you have already tried all the classic beef gomtang spots, try this bowl and see how versatile Korean food can be. It has two branches in Seoul, one in western Seoul’s Mapo District and one in central Seoul’s Yongsan District. A bowl starts from 10,000 won.