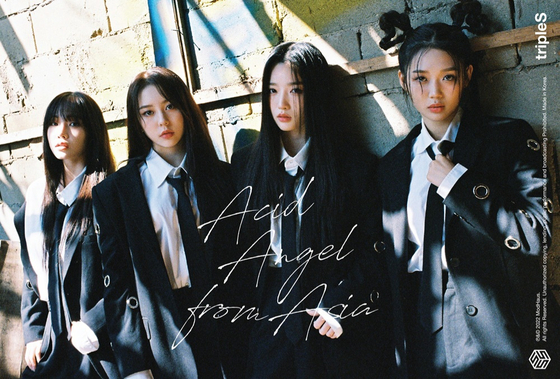 
Girl group tripleS will debut with 10 members in 2022, according to its agency Modhaus on Monday.

tripleS operates under the catchphrase “a girl group that fans create themselves” and has its official fandom dubbed Master vote for which members will form temporary subunits. The entire tripleS system consists of more than 20 members, most of whom have not yet been revealed — meaning that the 10-member lineup is also only temporary.

Only nine members have been announced as of Monday.

Each subunit of tripleS is called a Dimension and is supposed to be a temporary subunit, but will become an ongoing group if it sells over 100,000 CDs during its activity.


The fandom selected the four members to form AAA by voting through Modhaus’s official app, Cosmo. The voting process is dubbed Gravity. The member lineup for AAA was finalized in September.

AAA’s debut EP “Access” sold a little over 18,300 copies, meaning the subunit is expected to dissolve.

The second Dimension of tripleS, named +(KR)ystal Eyes, was also finalized in September and will debut some time within this year or early 2023. It also consists of four members: Yoon Seo-yeon, Kim Chae-yeon, Lee Ji-woo and Kim Soo-min.

The B-side track “+(82)” on AAA’s debut EP referred to a connection between the two subunits.

Modhaus also added that there will be a Dimension “occurring naturally every year,” which all members of tripleS participate in: such as the upcoming 10-member lineup.

For the upcoming 10-member tripleS debut, the fandom will also vote on Cosmo from Dec. 1 to 7 to select the group’s lead track. The options consist of eight tracks of various genres.

“The votes from Master will become the key for tripleS’s next Dimension,” said Modhaus. “Master are the ones who create tripleS together. We will be anticipating their outstanding selection.”