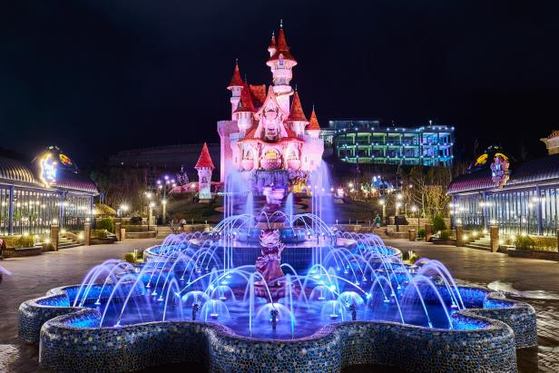 Lotte World Adventure Busan will kick off a special event ″Purple Lights Up″ on Oct. 14 ahead of the upcoming Busan concert by BTS next month. [YONHAP]


Lotte World Adventure Busan announced Monday that it will hold a special event “Purple Lights Up” from Oct. 14 to 31 and jump on the BTS “Yet To Come in Busan” bandwagon.

Hotels and restaurants in Busan, together with the Busan Metropolitan Government, have been organizing various events as part of the “The City” project to be held around the time of BTS’s Busan concert next month that is expected to draw about 100,000 people to the port city.

K-pop megaband BTS is set to hold a free concert “Yet To Come in Busan” on Oct. 15 at the Busan Asiad Main Stadium to promote the city in its bid to host the World Expo in 2030.

YongPyong Resort has slopes, scenery and much, much more

Why buy spam sets for Seollal when you can buy soap or hot sauce?

Turns out the grapes are not greener on the other side