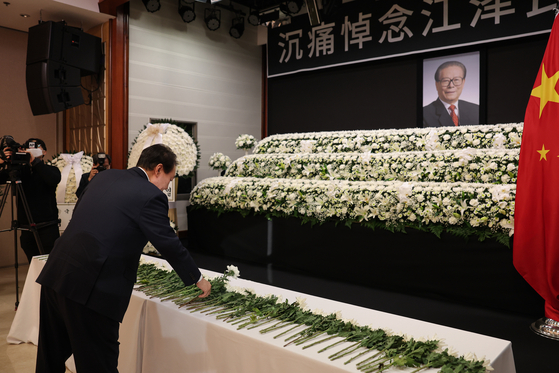 President Yoon Suk-yeol pays respects at a memorial altar for former Chinese leader Jiang Zemin at the Chinese Embassy in central Seoul on Friday. Yoon also sent a letter to Chinese President Xi Jinping to express his condolences on behalf of the Korean government and the people and recognized Jiang’s role in establishing bilateral ties in 1992. [YONHAP]

A snapshot of nostalgia: Life4Cut takes photo booths to a new level