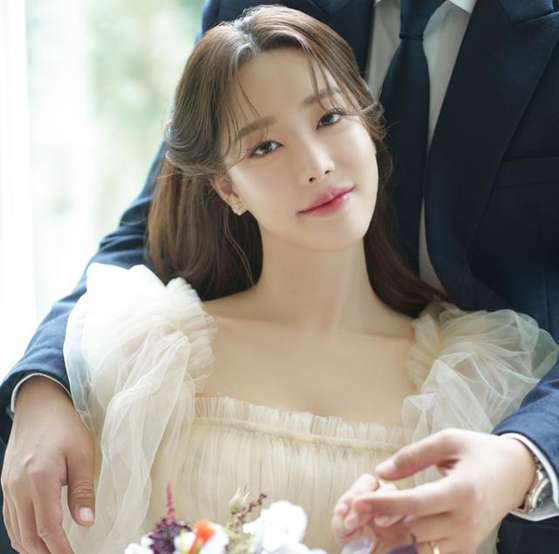 
Singer-turned-actor Ko Woo-ri, who is also a member of girl group Rainbow, tied the knot on Monday, according to her agency Image 9 Comms.

“Ko will hold a wedding ceremony in Seocho District [southern Seoul],” said the agency. “Please send lots of support to their new beginning.”

The agency also revealed a photo of Ko in a wedding dress.

Ko’s husband is a businessman five years her senior. The two reportedly met a year ago through a mutual acquaintance.

Only around 50 family members and friends were invited to the ceremony. Due to the schedules of the bride and groom, the two will head to Hawaii in mid-October for their honeymoon.

Ko debuted in 2009 as a member of girl group Rainbow and started her acting career in 2017. She is currently starring in Olleh TV’s original series “Gaus Electronics” and recently finished filming for the upcoming HBO Max series “The Mentalist.”

Ko will make her first appearance on the silver screen through the film “Animal Escape,” which will wrap up filming within the year.