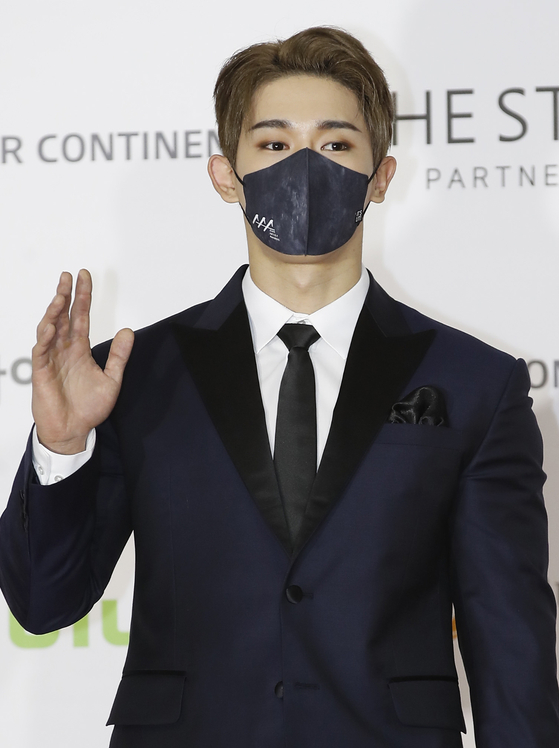 
Singer Wonho will begin his mandatory military service from Dec. 5.

Wonho’s label, Highline Entertainment, said Tuesday that Wonho will be serving the country as a public service worker.

Wonho also posted on his social media that he’ll be beginning his mandatory military service and asked his fans to “wait a little. I’ll be back soon, as a better man.”

Wonho debuted in May 2015 as a member of boy band Monsta X with the EP “Trespass.” The band was formed through Starship Entertainment and Mnet’s music survival show “No.Mercy” (2014-15). The band was originally a seven-member act with other members Shownu, Minhyuk, Kihyun, Hyungwon, Joohoney and I.M.

In October 2019, Starship Entertainment, which is home to Monsta X, announced that Wonho decided it would be best for him to leave the band so that his “recent chain of events [don’t] distract” from the rest of the band’s activities.

At the time, social media celebrity Jeong Da-eun claimed that Wonho owed her a significant amount of money and that they had smoked marijuana together. Starship firmly stated that the rumors were not true and that Wonho had already repaid the money.

Wonho was cleared of all allegations as the police were unable to find any evidence of drug abuse.