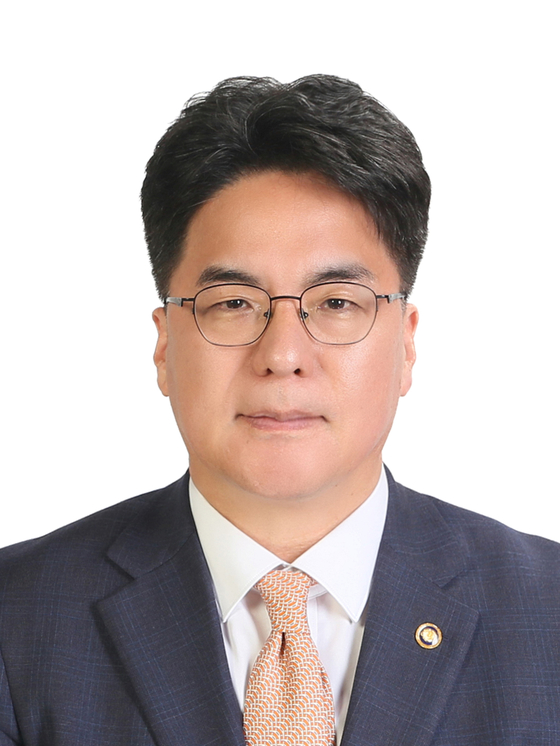 The author is the commissioner of the Korea Customs Service.

The adage goes that troubles never come singly. The global economy has been battered by multiple chain complexities such as the Covid-19 pandemic, global value chain bottleneck, rapid interest rate hikes in major economies, global inflation, and the protracted Russia-Ukraine war. Last month, the International Monetary Fund (IMF) lowered its global economic growth estimate for 2023 to 2.7 percent, approximately a percentage point lowered than 3.8 percent, the estimate projected at the beginning of the year.

As the global economy recession shows signs of lengthening with greater volatility in the capital market, nationalism and protectionism spread across the trade front. That shakes the very foundation of the postwar free trade order based on the General Agreement on Tariffs and Trade (GATT) and the World Trade Organization (WTO).

As tariff rates have gone significantly down thanks to bilateral — and multilateral — free trade agreements, trade protectionism has been panning out through non-tariff barriers (NTB) rather than the traditional tariff increases. Indeed, Korean exporters are facing greater challenges in customs clearance. Customs setbacks reported to the Korea Customs Service (KCS) already reached 122 cases as of September this year, compared with 125 in the full year of 2019 before the Covid-19 outbreak.

Difficulties have mostly appeared during the customs procedures in Asia, South America and Africa in various forms, including an exclusion of preferential tariff rates, application of Harmonized System (HS code) with higher tariff rates, and an arbitrary delay in customs clearance. Customs troubles lead to heavier burdens for Korean exporters due to increased tax and logistics cost and delayed customs clearance. Small-sized companies lacking capital as well as human and physical networks in the importing countries find it even harder to handle effectively.

The KCS has been focusing on three areas to help ease the customs bottlenecks for Korean exporters. First is a strengthening of bilateral cooperation with the counterpart in countries where such difficulties occur and multilateral cooperation through the World Customs Organization (WCO). Second is systematic enhancement of customs area for trade facilitation. Third is a bolstering of support service for Korean exporters to address their troubles with customs clearance.

On the first area, the KCS is doing its best to augment bilateral channels with customs authorities in trade partners — and through multilateral channels like the WCO. The commissioner of KCS has held meetings with counterparts in Guatemala, Paraguay, India, ASEAN nations and African countries over 10 occasions this year. The KCS will also host K-Customs Week for the first time next year in Seoul by inviting high-level customs officials from 60 countries to boost cooperation around the world. It also has been promptly referring issues of dispute over the tariff classification to the WCO Harmonized System Committee to settle differences fast for Korean traders.

In regards to the trade facilitation through system upgrade, the KCS has been making persistent efforts. For one, it has been implementing authorized economic operator mutual recognition arrangement (AEO MRA) with 22 countries to ensure swift customs clearance and exemption in inspection for those countries. The KCS is currently negotiating with Vietnam and Saudi Arabia to enforce such arrangement from next year. It is also widening a real-time electronic exchange of certificates of origin required to apply preferential tariff rates for Korean exports. The arrangement currently in force with China and Indonesia will be expanded to other major trade partners like Vietnam and India from next year. Such bilateral systems could help lessen unnecessary conflicts with customs authorities of other countries and preemptively reduce the risk of customs difficulties.

The KCS also has been upping support services to help Korean exporters to overcome customs barriers. It has been issuing guidebooks on tariff classification on high-tech areas where new technologies and products frequently emerge. The KCS published a HS code guidebook on display devices in September and is readying such reference books on semiconductors, secondary batteries and auto parts. The KCS also has been running a training and consulting service to help exporters to draw up effective strategies to handle the issues related country of origin and other business strategy to take advantage of FTAs. International Cooperation Division and Import and Export Business Support Centers of the KCS and overseas customs attaches are all united to help Korean exporters.

History repeats itself. Countries easily fell into temptation of trade protectionism when their economy ran into trouble. Such temptations had been contained by the rationality of humans that experienced the bad effects from trade protectionism. It is not easy to foresee how high the new wave of protectionism will go up amid complex global challenges and for how long. But I have faith in humanity to overcome such challenges and move toward the future of co-prosperity based on free trade.