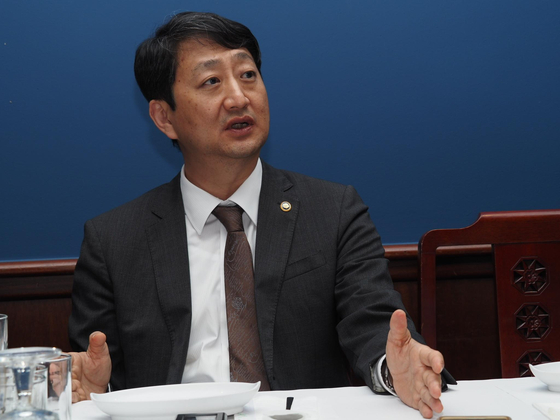 
The United States stands ready to engage in serious consultations with Korea on concerns over the Inflation Reduction Act (IRA) that Seoul believes would place Korean automakers at a serious disadvantage, a White House official said Tuesday.

“We take their concerns seriously as always, and we certainly stand ready for serious consultations,” the NSC official said in an online press briefing when asked about National Security Advisor Jake Sullivan’s meeting with his Korean and Japanese counterparts in Hawaii last week.

Kim Sung-han, Korea’s top national security adviser, earlier said his U.S. counterpart, Sullivan, had agreed to have the NSC itself look into the issue.

The IRA was signed into law last month, offering a government tax credit of up to $7,500 to each buyer of an electric vehicle assembled in North America, excluding all Korean-made electric cars, which are currently assembled in Korea, from the tax incentive.

Seoul believes the new U.S. law violates the Korea-U.S. free trade agreement, which promises to treat products from each country as domestic goods or from countries with most-favored nation status.

Korean Trade Minister Ahn Duk-geun said the IRA created a “serious issue” that, if left unsolved, may undermine the mutual trust between Seoul and Washington.

“This means the White House fully understands that this is not a small issue that affects only Hyundai Motor but a serious issue that affects economic and trade trust between the two countries,” Ahn said while meeting with reporters.

Ahn made the remarks after meeting with White House National Economic Council Director Brian Deese. The Korean official arrived here Monday for talks on the IRA. He is also scheduled to meet U.S. Trade Representative Katherine Tai on Wednesday.

He also highlighted the importance of how the countries resolve the issue at hand.

“There can be other unexpected problems in the future as both countries deal with their domestic politics but how their governments resolve such problems when they arise is the more important issue of trust,” Ahn said.

“In that sense, the countries have agreed on the need to actively work together to address this issue at hand,” he added.

Kirby said more details of the IRA will be available in the future but noted the law does offer benefits to foreign automakers.

“We will have more details in the coming months as we begin the domestic rule-making process,” he said.

“But I would refer you to the Department of Energy’s website, which does contain some initial information about makes, vehicles produced in North America that are eligible for the tax credit, which obviously include foreign manufacturers,” added Kirby.

He also highlighted the importance of cooperation between Korea and the United States in dealing with common challenges that he said will help the countries meet their “clean energy goals and reduce costs.”

“The Republic of Korea is one of our strongest allies and very close economic partner in the region,” Kirby said.

“So we share a common commitment to addressing the climate crisis and we are also committed to boosting electric vehicle manufacturing, infrastructure, innovation — all those things that are going to help us meet our clean energy goals and reduce costs to create jobs.”