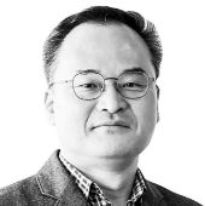 The author is an international, diplomatic and security news director of the JoongAng Ilbo.

The following is an experience by a former defense minister who resigned a long time ago when he was an officer. Korea was a poor country at the time. During a joint exercise by Korean and U.S. troops, the radio of the Korean unit broke down, making it difficult to communicate with the U.S. troops. When he was talking to a U.S. commander, he talked about the problem of the broken radio and the commander said he would look into the matter. A few months later, the commander procured a radio from Hawaii and offered it to the Korean unit. “At the time, we shared an office with the U.S. troops and used their goods as if they were ours,” the former minister told me.

Of course, the situation is not so amicable anymore. As Korea’s power grew, the U.S. demanded that it pay more expenses of the U.S. troops stationed in Korea and play a bigger role internationally. Korea responded by saying that no other countries offer a U.S. base like Camp Humphreys in Pyeongtaek.

I mention the anecdote from decades ago because it shows the peculiar nature of Korea-U.S. relations. The Korean troops were able to use the U.S. forces’ radio because they share information and communicate with each other. Because they used the same frequency, sharing radios is not a problem.

When we expand the meaning of the sharing of the radio system, it means the two countries share an arms system. The United States can import the Korean military’s ammunition because its troops can use them. The U.S. military’s F-16s are the same as the Korean military’s KF-16s. Even if Korea resurrects the Brown Bear Project and imports more T-type tanks from Russia, they cannot be operationally deployed because the top priority is identification of peers and enemies.

Korea’s latest export of arms to Poland benefited from the fact that we use the same weapons systems as the U.S. Russia was the starting point that allowed Korea’s massive defense export to Poland. After Russia’s invasion of Ukraine, Poland was fearful that it could be the next target. Poland needed immediate reinforcements of military power and it used the opportunity to change its Soviet-era weapons systems into the weapons systems of North Atlantic Treaty Organization (NATO).

In the past, Poland was a member of the Warsaw Pact. (Warsaw is the capital of Poland.) And Korea’s K-9 self-propelled howitzers, K-2 tanks and FA-50 light combat aircraft were exported to Poland. Korea was perhaps the only country that can offer weapons comparable to the NATO’s system immediately, stably, massively and cost-effectively to Poland because it maintained a large-scale standing armed forces and continued war exercises.

National security and foreign affairs are operated completely based on the interest of reality. When France rose, England and the entire Europe allied to stop Napoleon I. When Goguryeo (37 B.C. to A.D. 668) expanded to the south, Shilla and Baekje joined hands. Just a few years ago, the White House said it would not recognize the Maduro administration of Venezuela, but as fuel supplies became insecure, the United States is tacitly lifting an oil export ban on the country.

In Korea-U.S. relations, the grand principle is mutual interest. The adhesive of the Korea-U.S. alliance is that the alliance is beneficial to both countries. Korea pays for the U.S. bases in the country and supports America in the international community. In return, the U.S. forces play the role of a tripwire to stop another invasion by North Korea and South Korea’s resources can be invested into education and economic infrastructure. South Korea was able to naturally join the free market bloc centered by the United States.

The U.S. can also stop China’s expansion by keeping troops in Northeast Asia and maintain its influence in the region. With the intersection of interests between the two countries, Korea, which has been striving for armed forces’ reinforcement projects, managed to score significant achievement in defense exports.

Will this alliance of shared systems between Korea and America remain for a century? We have to wait and see. It depends on whether Korea and the U.S. will share interests at the time or not.

What we need to think about right now is whom we can share our radio system with. At the protest rallies against the Yoon Suk-yeol government, staged every weekend, demands for U.S. forces’ withdrawal are starting to be heard. But the answer is evident if you use common sense.

Right now, North Korea refuses any dialogue and threatens the world with the nuclear-tipped ICBMs. The North’s leader had once said denuclearization was the desire of his father and grandfather, but he now declares that he will hand down the ICBMs to the future generation. And he consistently demands that Korea-U.S. joint military drills be stopped, U.S. Forces Korea be withdrawn and the Korea-U.S. military alliance be dismantled. Whenever a new president takes office in the South, the North makes the same demands. When the South Korean government refuses, it openly develops nuclear arms. When the South Korean government accepts, it secretly develops nuclear weapons. Now, Pyongyang said it will upgrade its nuclear power as long as the Kim family runs the country.

Once again, the answer is clear whom we should share our systems with. Unless the North changes its goals of unification under communism and becoming a nuclear power, the confrontation on the Korean Peninsula will not be resolved and there will be no way for the U.S. Forces Korea to withdraw from the South. If anyone denies the fact, the answer is one or the other. One is that they are trying to deceive the world although they know the truth. The other is that they are deceiving themselves.