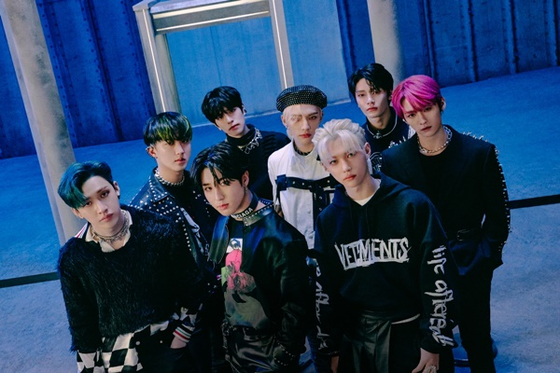 
Boy band Stray Kids made a surprise announcement on Tuesday that it would be returning to the K-pop scene next month.

The band will release its seventh EP titled “Maxident” on Oct. 7, according to its agency JYP Entertainment.

Along with the announcement, JYP released a trailer clip of the band’s upcoming EP through its social media channels. It showcases members of Stray Kids in New York City, where they receive a mysterious phone call and are confronted with an unknown creature that causes chaos.

Stray Kids is currently performing on its world tour “Stray Kids 2nd World Tour ‘Maniac.’” Since April, the band has traveled through countries such as the United States and Japan. It is slated to perform at the KSPO Dome in Olympic Park, southern Seoul on Sept. 17 and 18.

The band’s latest music — a digital single called “Mixtape : Time Out” — was released in August to celebrate the anniversary of the day the band’s fans got their nickname, STAY.


The title track “Mixtape : Time Out” is a rock number written by the members and reminisces on a trip they took to Gangwon. It features sounds of ocean waves recorded by members during the trip. “Maxident” will be the fourth drop of Stray Kids’ “Mixtape Project,” which the boy band has been releasing since 2019.